Space Race: The Card game is a new strategic game from Boardcubator by designers Jan “Suki” Soukal and Marek Loskot. 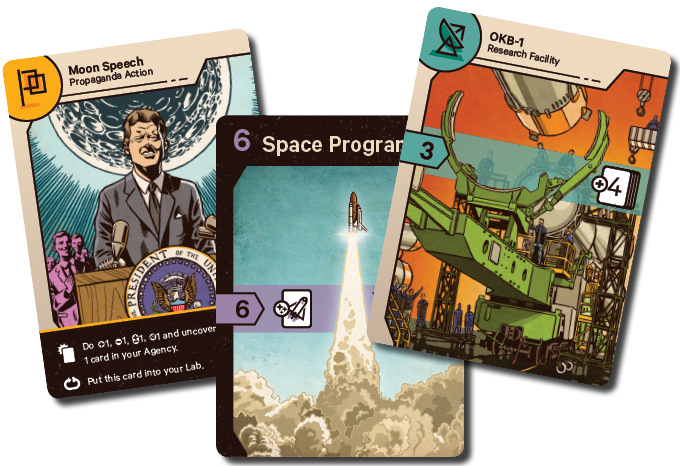 Players try to lead a space agency in a race to the victory – by finding synergies in the card combos. As Rahdo say “a rock solid card combo chain extravaganza”. 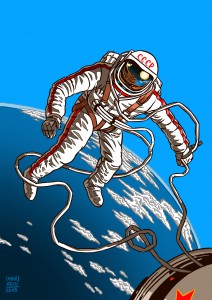 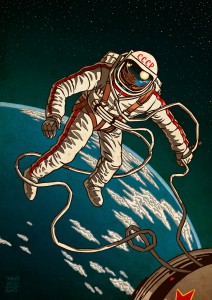 Get behind the art of Space Race: The card game

Following some of the development posts on BGG it was obvious that, regardless of the gameplay , this game was going to look stunning and we had to talk to the artist. We are happy to share this with you – so lets get behind the art of Space Race: The card game with the artist Dalibor Krch from the Czech Republic.

How did you become an artist?

It began in the elementary school, where I had three friends who used to draw cartoons. I liked copying their styles and redrawing some frames from first U.S. comic books that we could acquire at that time in my hometown, like Batman and Spider-Man but also images from the Teenage Mutant Ninja Turtles TV show. I remember we used to play TMNT. I was Donatello and with a band of friends we used to crawl through canals of a new built housing estate 🙂 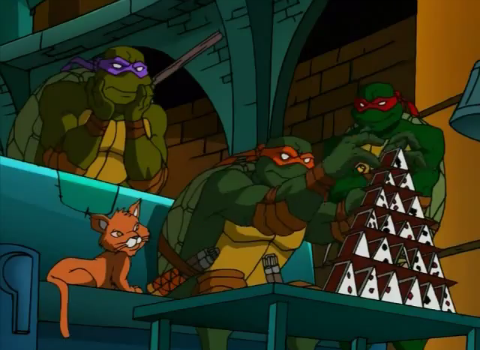 I continued to draw through high school and wished to get into Art college, but I was not successful. I gave this up after five years of attempts. At that time I “escaped” from home and started to work. Since then I had several jobs and have many part time commercial or private cartoon commissions. Now it grown to an amount, that I can do it full time. So my dream became true and I am an illustrator! 🙂

How did you get involved in Space Race – and have you worked on other board games before?

Designers of the game Marek Loskot and Jan “Suki” Soukal had a vision about the artwork for the game. Since they already knew my work, they invited me into the project and let me have a shot at illustrating it. After two coloured sketches I was in. And this is my first experience with doing board games. 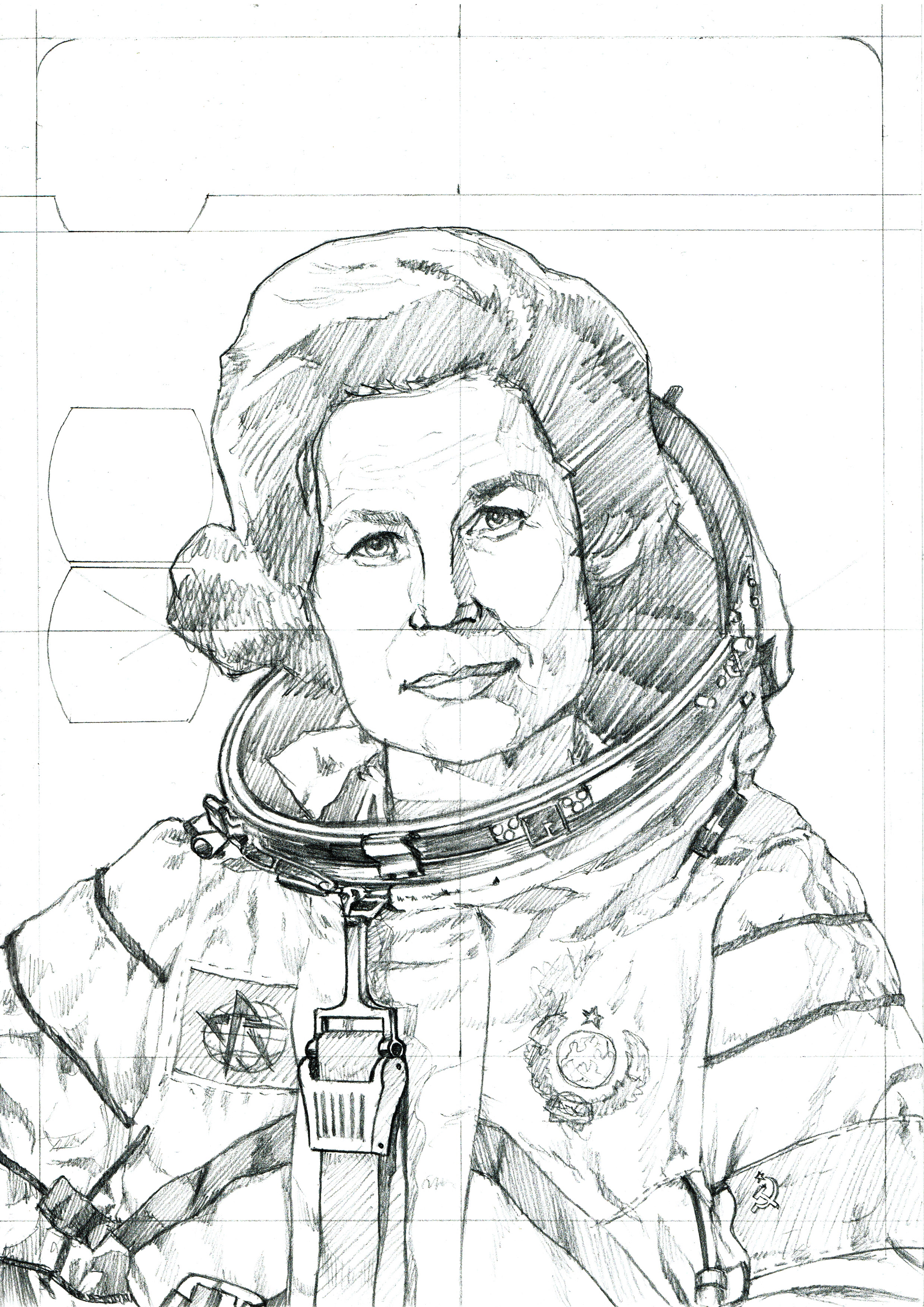 A quick visit on your Instagram & facebook reveals a portfolio with strong inking skills on items like logos, skateboards and posters but also some traditional pen and paper skills. Clearly your style has emerged from a love for comic books. Do you work more traditional or digital? And did you only do illustrations on Space Race or did you also work on the layout/icon/ui design of the cards (I read that Zak Eidsvoog did Layout)?

Yes, I’m a comics addict! 🙂 And I also dream of making a comic book of my own. I use to combine  handwork on paper and digital colouring, so it´s fifty fifty. And to the last part of the question – yes, the actual great layout do Zak, but I must say that there were several designers before, who also did great work on Space Race and were part of the layout evolution. Thanks to them!

We agree ! – the design is superb, clear and readable with strong graphic iconry and a very nice color palette. The game takes place in a specific time in History – how did that affect your images in style and color. And how do you choose colors?

That is not entirely true, because the game interferes to nowadays. But yes, the colours were from the early beginning influenced by the Cold war era and its specific colour language. You may for example have observed that I do not use completely black, but instead a dark brown. Together with an old paper texture I use it makes the picture more “retro” –  which is the style I want to achieve. 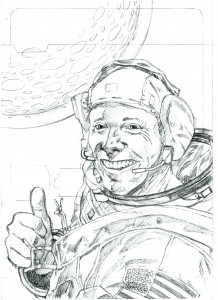 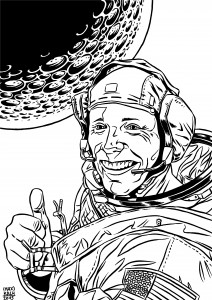 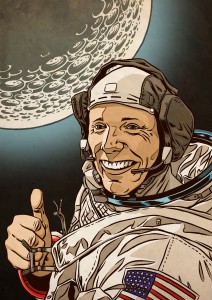 What hardware and software do you use and what is in your opinion the best quality/assets of that software?

My hardware is my pencil “Koh-I-Noor” hardness 2B and my japanese brush marker “Marvy Uchida”, the scanner “Brotherhood” and then my laptop “Lenovo ThinkPad” where I colour the drawings. I use Photoshop CSI and about 10 tools in it 🙂

Do you digitally like to have many layers (working non-destructive) or few layers (work more intuitively)?

Well, usually I start with these basic layers:

But it´s not always that simple, often I end up using many layers (like 5.colours of background, 6. Stars, 7. Sun shining, etc…).

Could you roughly describe your workflow on the Space Race art. From brief to the final image – for example it looks like you made all images in ink on paper first?

I would be so lucky and proud if I could say, that it takes me a day or less (Marek and Suki would be too I bet! , but in reality this is not true. It all depends on the difficulty of the picture. Ideally I would make pencil drawings and inking the first day and then do the colors another day. 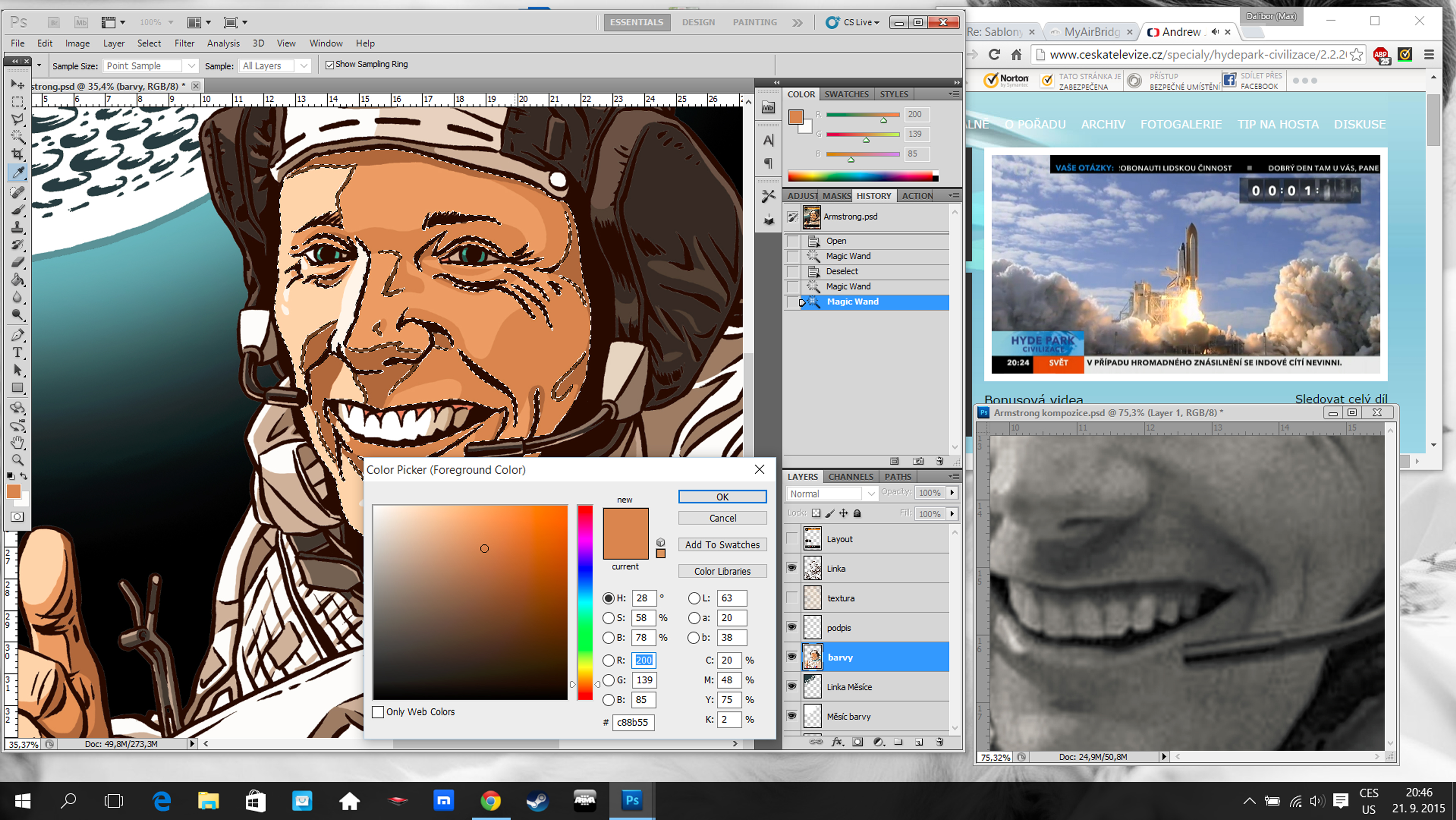 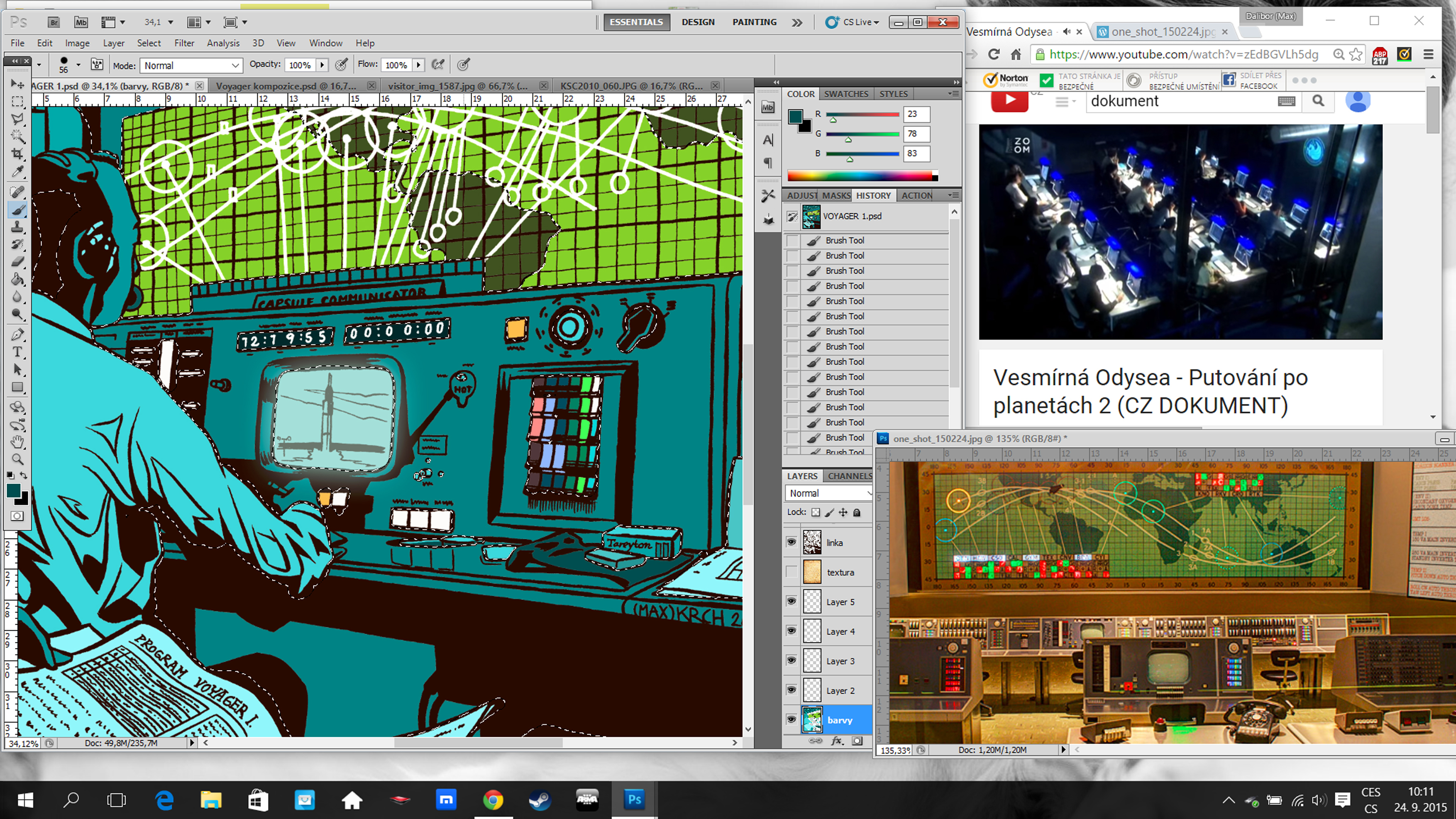 The illustrations for Space Race reminds me of a comic book on my shelf, Blake & Mortimer – with all the detailed technical objects in the environment? How did you research on the scenes.

That´s exactly the reason why the Space Race pictures sometimes takes much more time than the average two days. Because when I should illustrate a complicated scene with lot of technical stuff I had to collect a lot of reference images of the theme on Google and integrate them in the layout. I also have to reach some level of drawing acronym, you know. It has to look technically correct, but not necessarily down to every single screw 😉

Off the top of your head, do you have any tips on inking an image you would like to share?

I would like to say that I have some tips, but I don´t. You must draw and draw and draw. And it also depends on which marker or pen you´l choose. In the past I used to draw with hard tip pen, but now I prefer the brush pen/marker. The lines are more “live”.  Craig Thompson and his graphic novels influenced me in this.

You must draw and draw and draw. And it also depends on which marker or pen you´l choose. In the past I used to draw with hard tip pen, but now I prefer the brush pen/marker. The lines are more “live”.

What illustration in Space Race is your personal favorite? 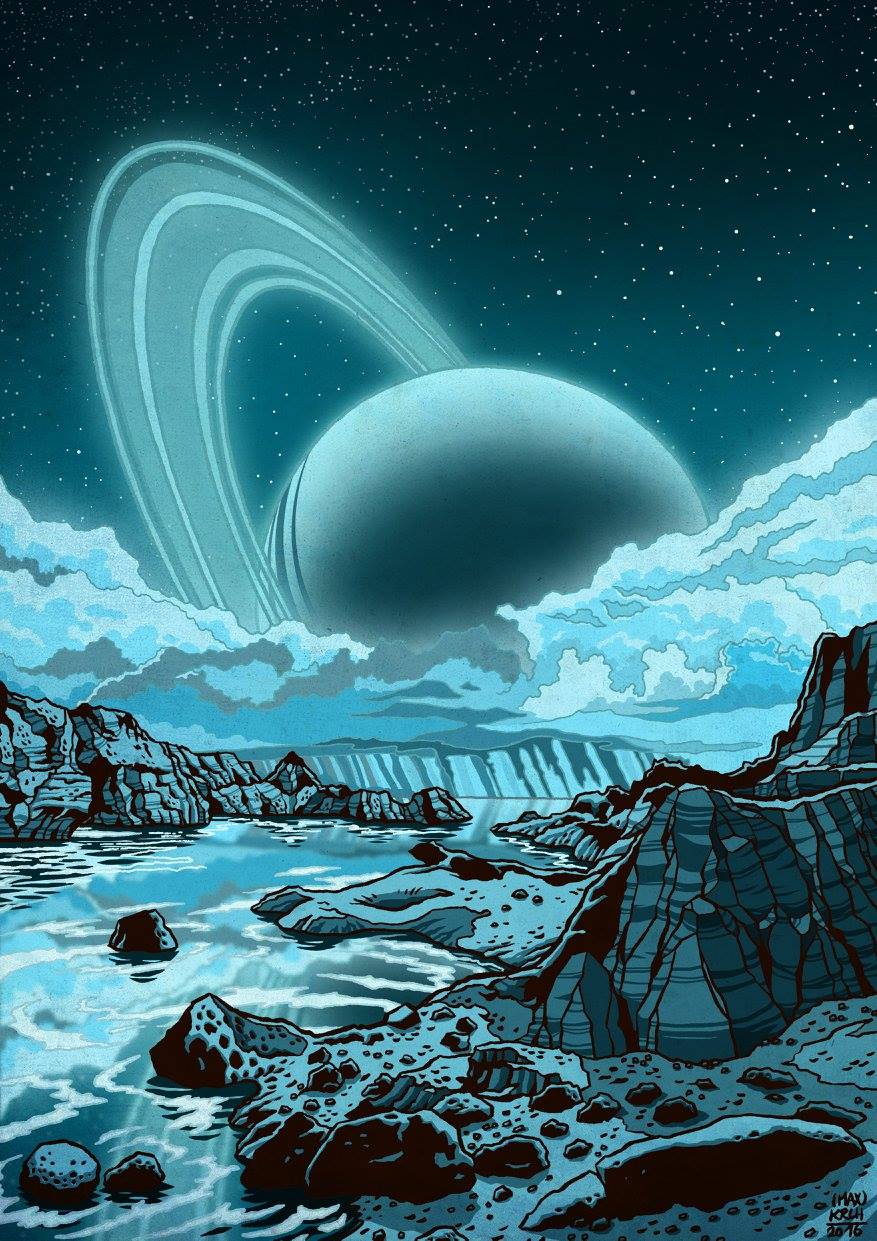 Who are some of your own favourite artists?

Well, as I mentioned before, it´s Craig Thompson, then Mike Mignola, Eric Powell and many others..

Do you play board games yourself, and if so – which is your favorite?

My girlfriend is a board game player, so we play her favourite card and board games – like “Ligreto”, which is not as sophisticated and strategic as Space Race and others. It´s about perception and quick thinking.

Finally – is there any place of inspiration, tutorials, or other resources you would advocate to aspiring artists?

I´m searching for inspiration most in comic book stores. Finding the artists whose style suits you is maybe the easiest way for a beginner . Then try to imitate the artist and after many many pictures you will maybe find that you have your personal style. It´s a long way, but you could see a lot of fun on it if you don’t give up! The Universe is friendly place and if you want something, you will get it. Soon or later, but it works! Look at me! 😉

Thank you Dalibor to let us get behind the art of Space Race: the card game. If you haven’t subscribed yet to the GHG yearly at most mailing list, we encourage you to do so.

And go back Space Race if you want to take part in the race for the universe. We will end this interview with a step by step series of images. 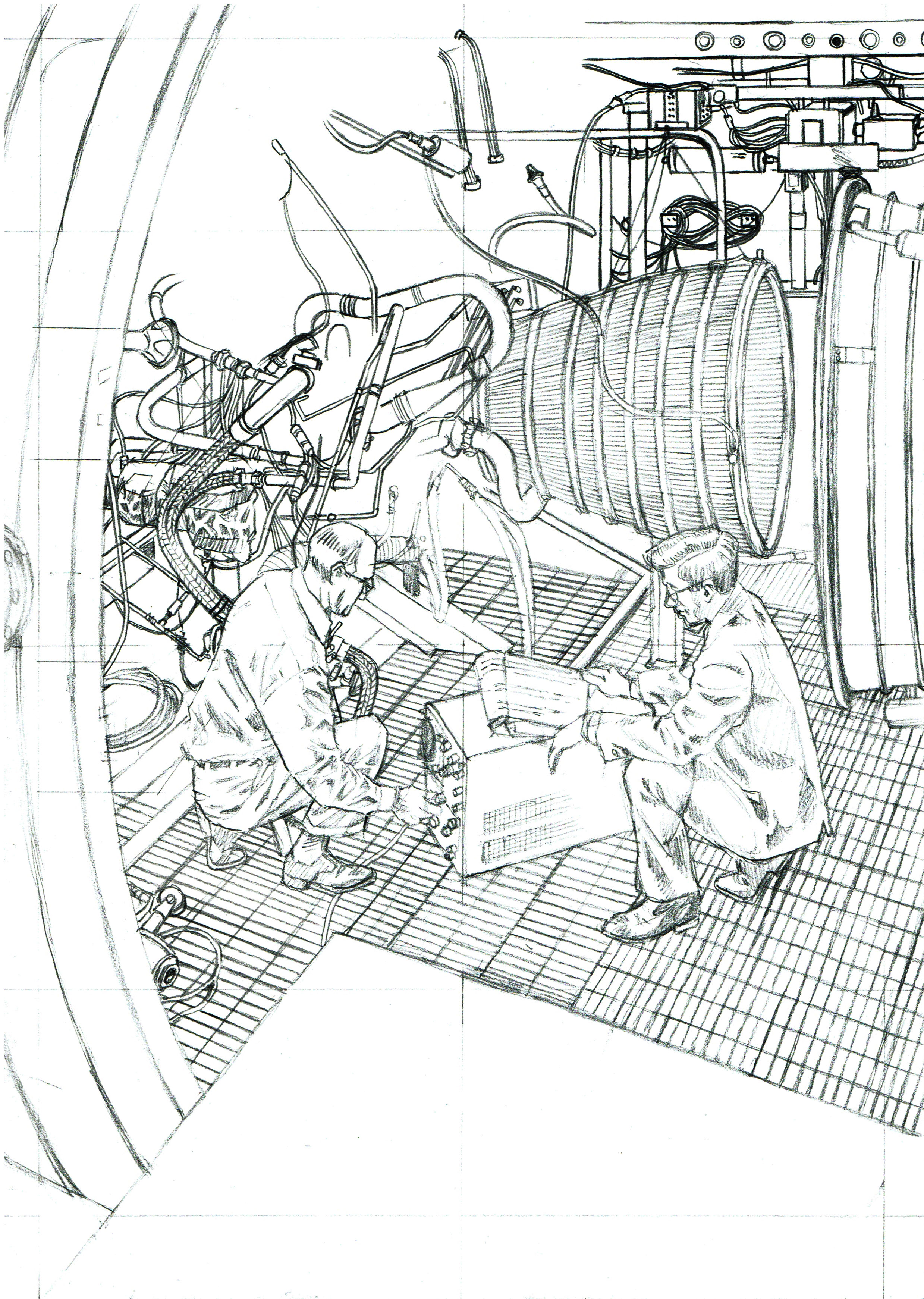 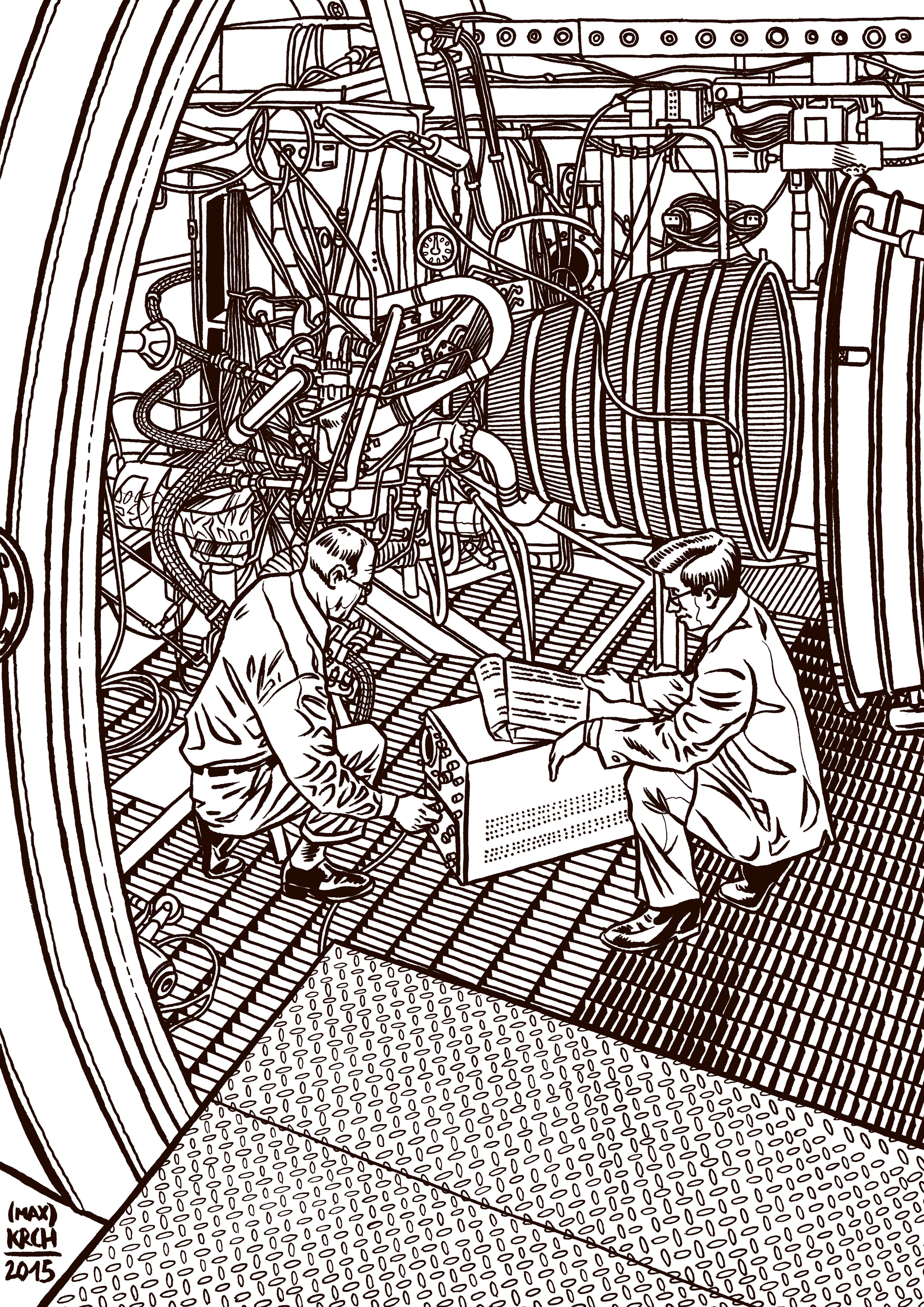 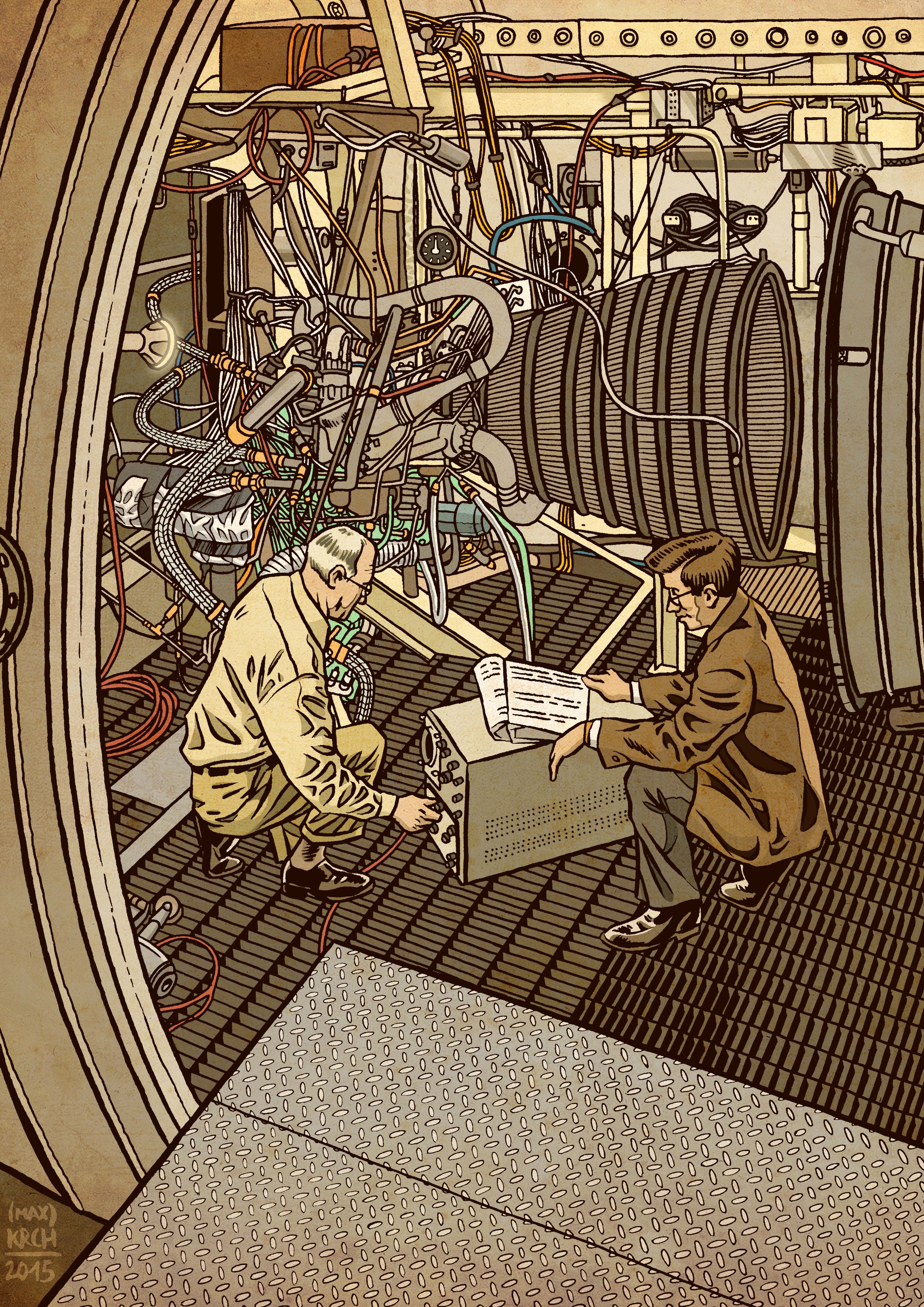 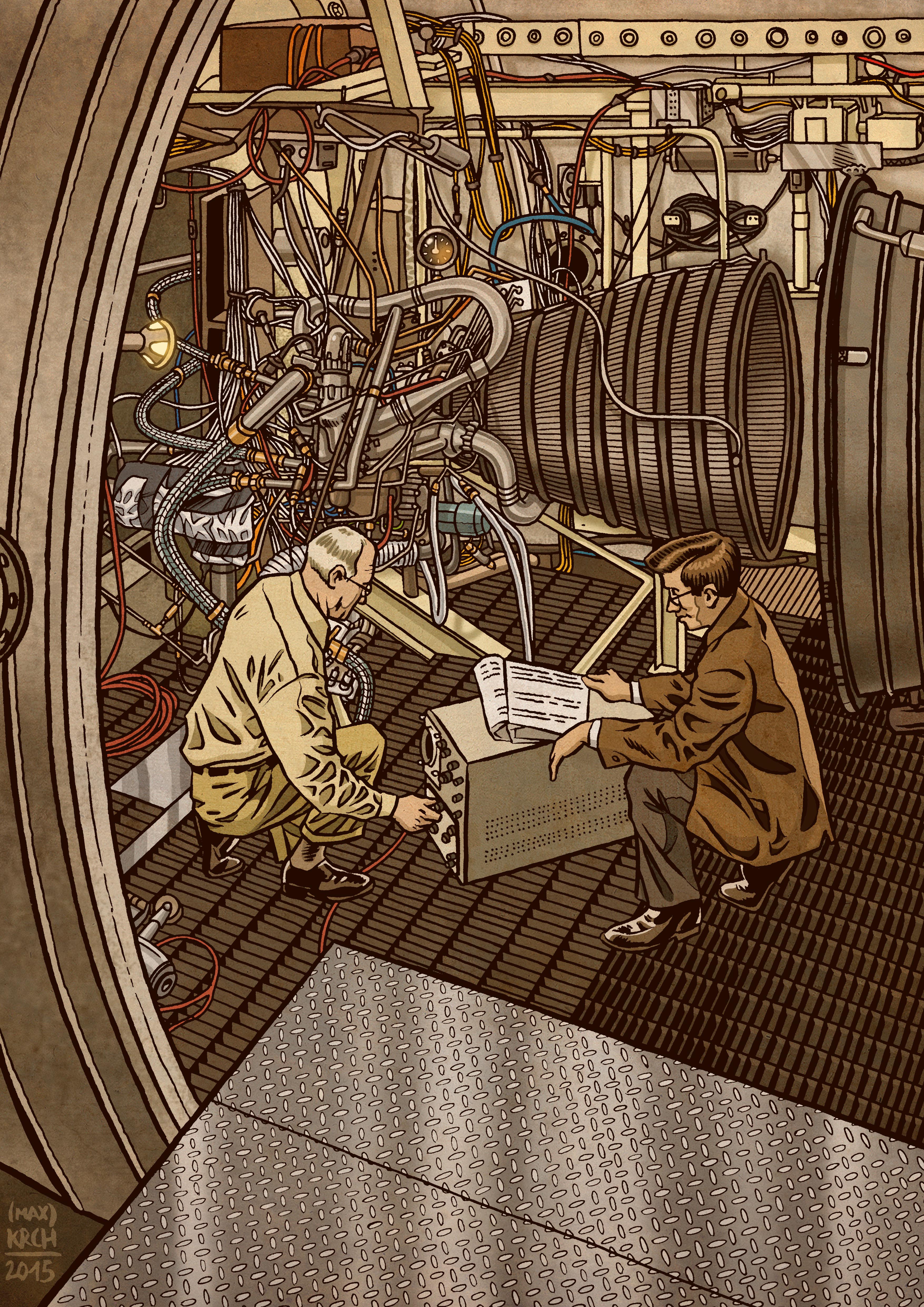 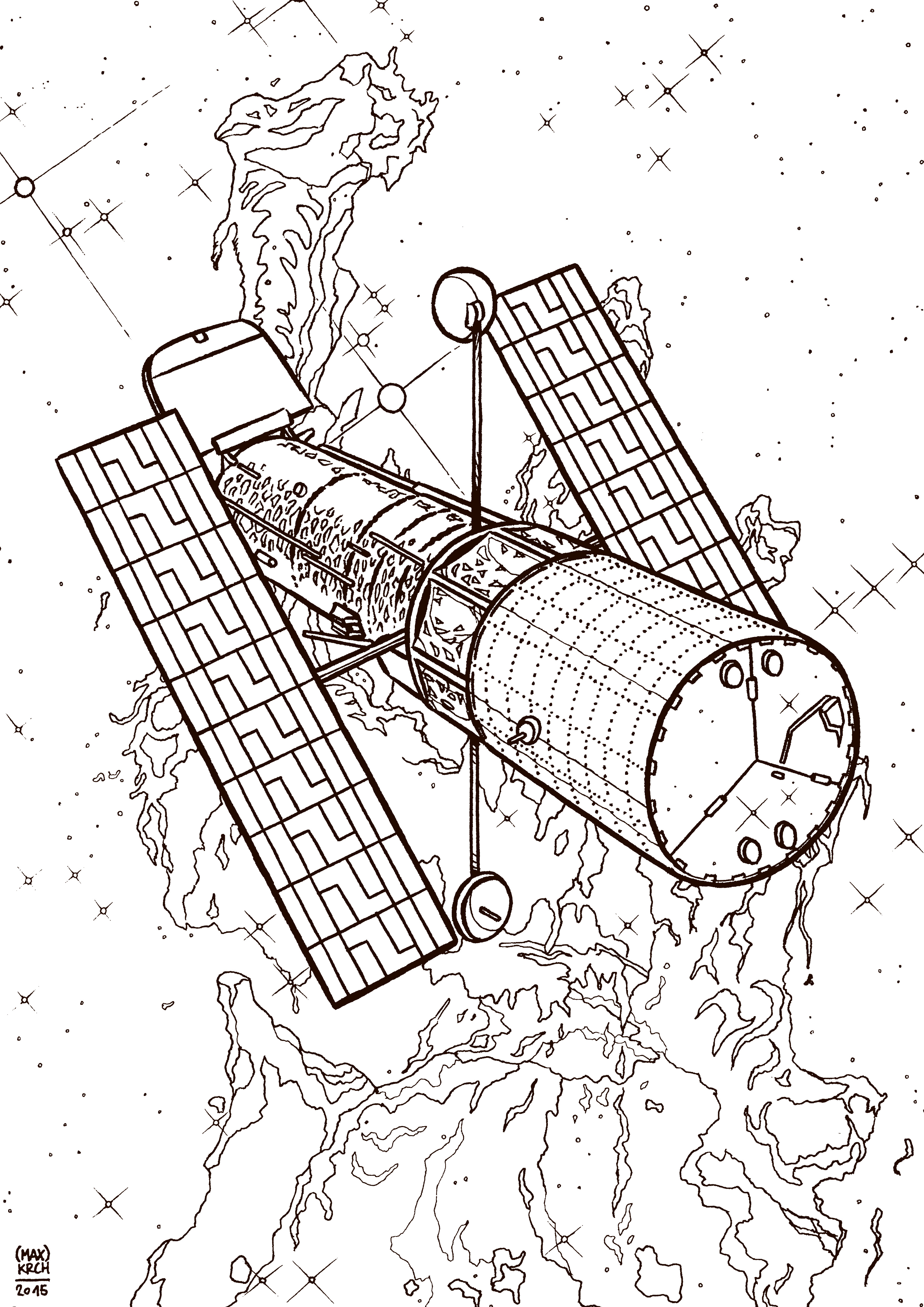 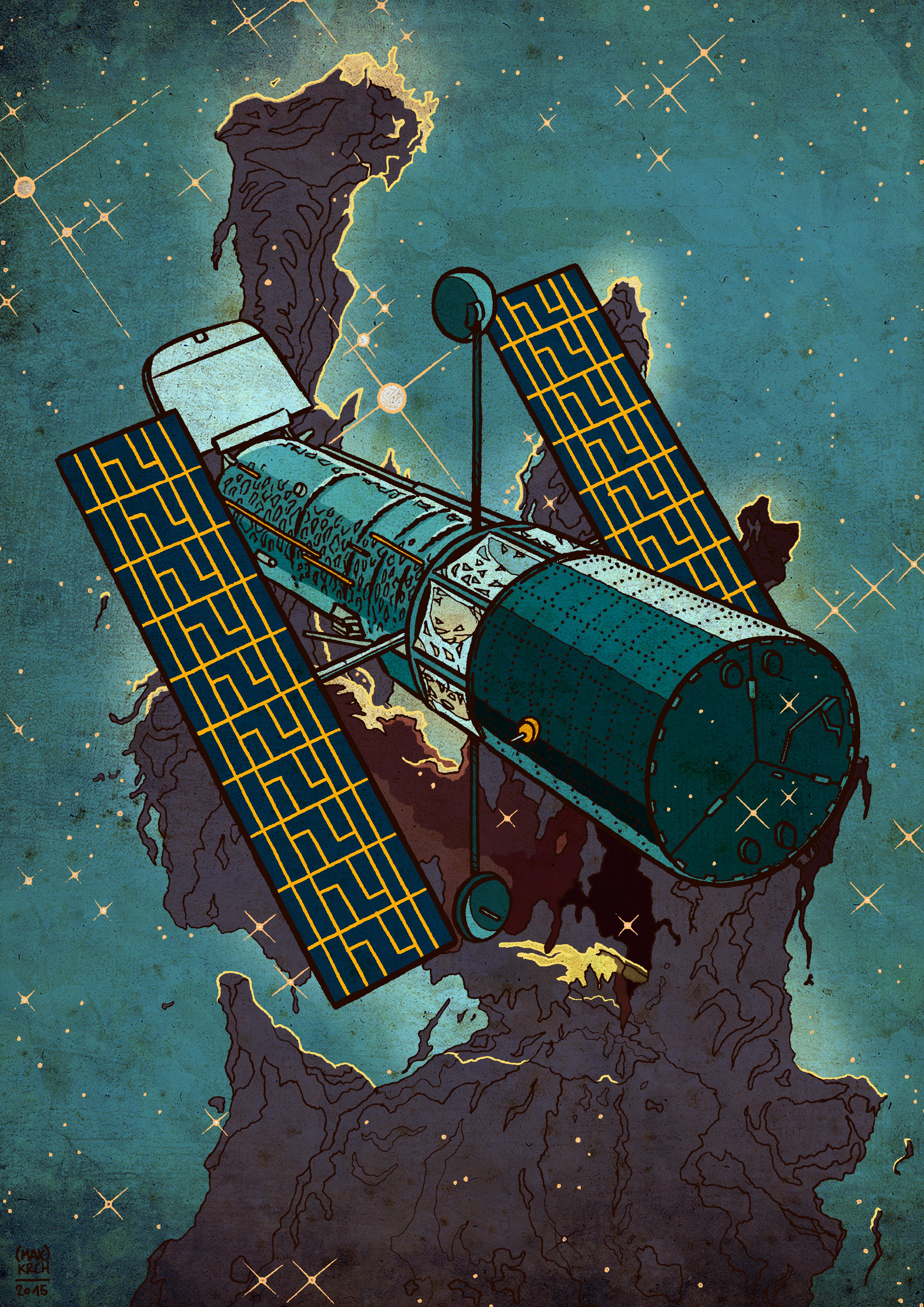 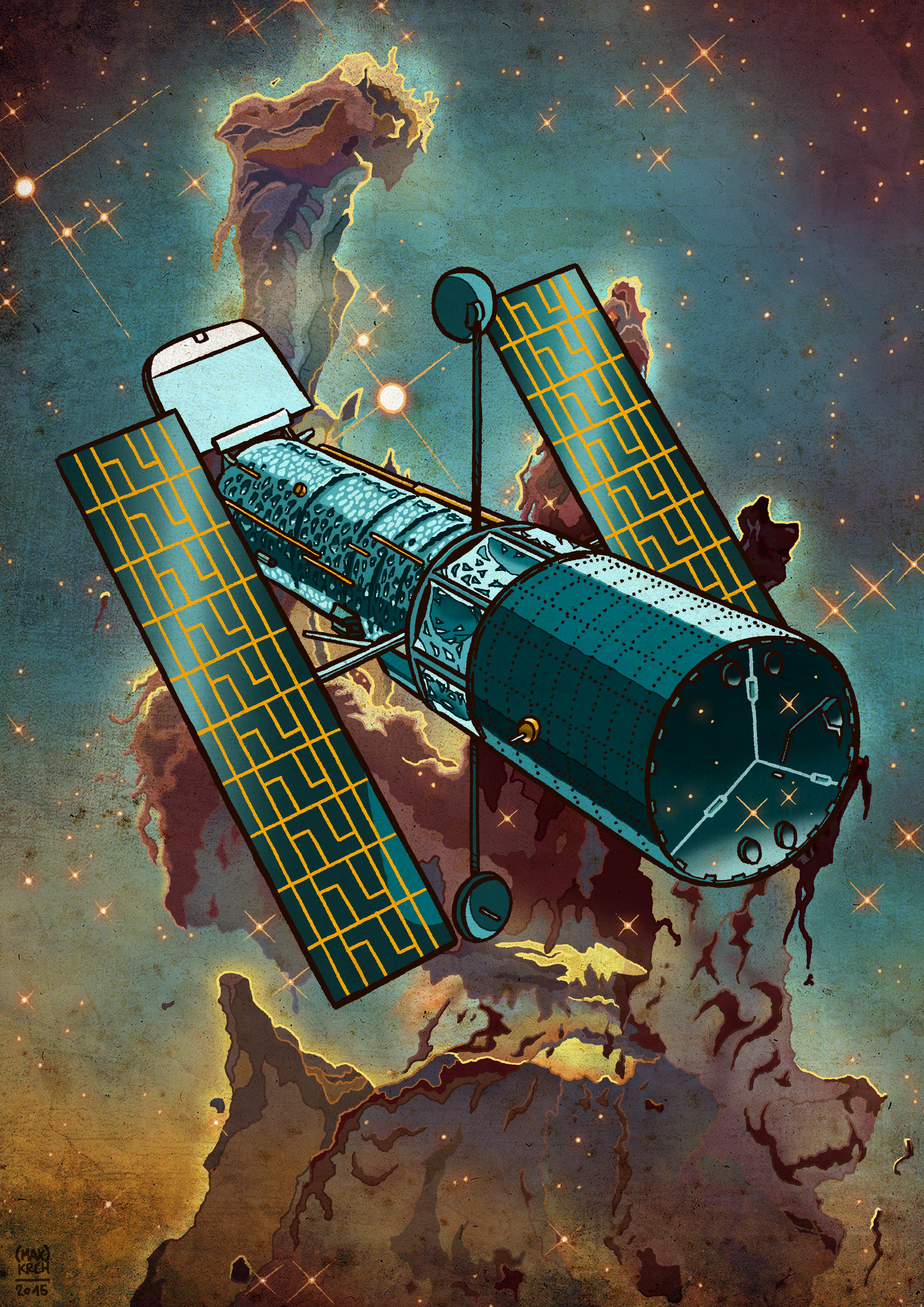 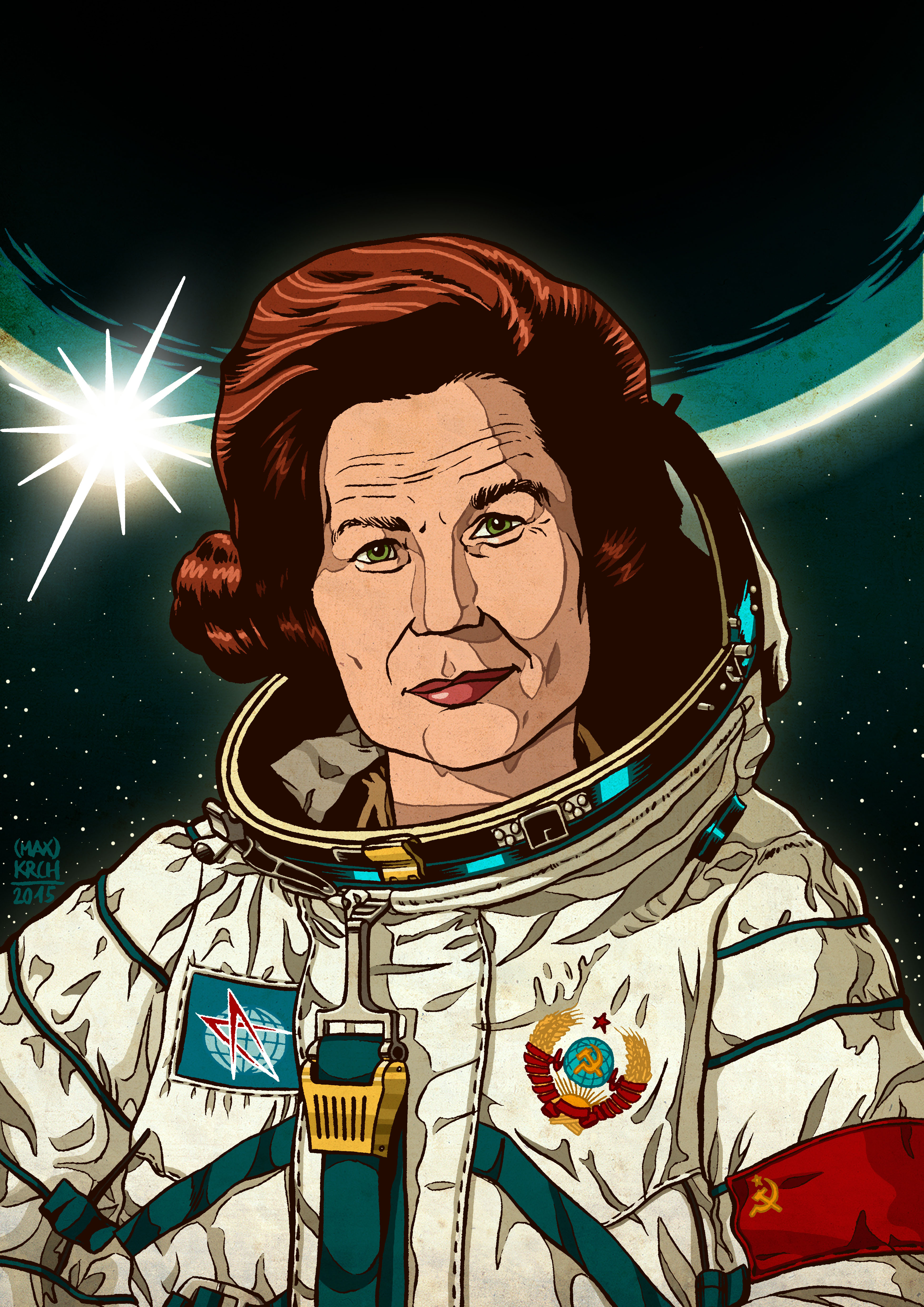