An associated art form to board games is the wonderful world of photography. In a time where social spaces online drive board game buzz – game photography has become an valuable and common sight. Pictures of games can bring out a different perspective on the game – staging meeples and game components for a beautiful shot.

I like to make a shoot where you can feel en see something like Terra Mystica and Settlers of Catan which have a lot of components, colors, shapes.

One photographer I have come across is the talented Henk Rolleman from Eemdijk near Amsterdam in the Netherlands. I’ve asked Henk some questions about photography of games. 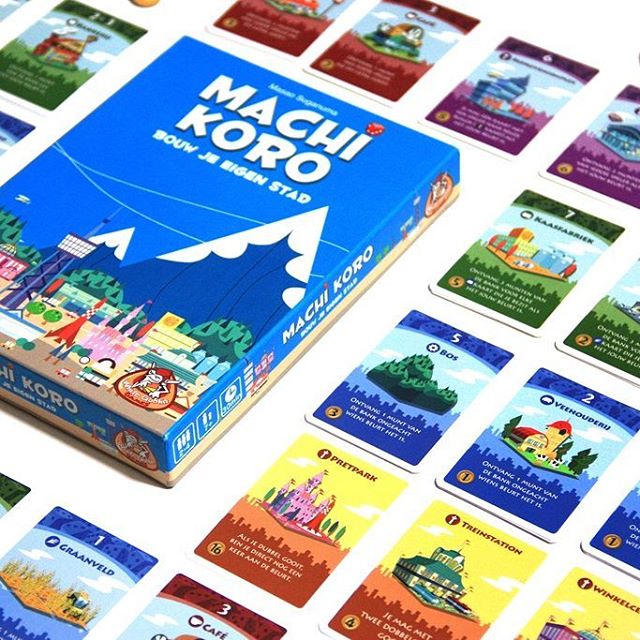 Tell us about yourself.

When I was about 8 years old I found an old Monopoly board game on my grandfather’s attic. From that time on I like to play board games. I played a lot of Monopoly with my 1,5 year older sister. My 5 year younger sister was never interested in boardgames.

As a teenager I played a lot of Risk, Olie voor de wereld, Jumbojet, Axis and Allies, Samurai Swords and the roleplaying game het Oog des Meesters. Dierik, one of my buddies on BBG, also played a lot together with our game group. From 1995 till 2001 I played less boardgames: only Risk and Chess occasionally. I was more a computer gamer at that time.

I’ve owned a copy Shogun – now it is sadly gone. I miss that game. Sorry continue…

In 2001 I bought myself a Risk computer game and I played it once (boring. The next day I brought it back to the shop for a money refund. The game couldn’t be saved in campaign mode. But I couldn’t get my money back (40 Euro). I only could pick something else from the toyshop for 40 Euro and I had to do it the same day. I was 30 years old then, I had no children, so what could I buy? Another PC-game or something else? And than I saw that pile of Settlers of Catan. I had never heard of this game. There was an award winning logo on the box, so I presumed that this Catan game couldn’t be a bad one. Well, I picked up a box to exchange the Risk PC game.

Half a year later I was taking Settlers of Catan with me on a holiday to France.

I played this game with my family and even my father loved it (normally he never plays boardgames; for so far I can remember he just played Monoply twice since my birth). We had a lot of fun and we played it a several times during our holiday in France.

Later I bought the expansions and started playing boardgames more often, just like in the 80’s. I moved twice to another town and province. Dierik was the only contact left from my old game group.

Settlers had launched the rebirth for my boardgame hobby, which became a passion from then on.. Dierik also picked up this passion again. We started visiting boardgame events and since 2004 we are visiting Spellenspektakel, Ducosim Conventions and Spiel in Essen.

Besides the gaming itself, I like to take pictures of games, game parts and people playing them. On BoardGameGeek I regularly post my photo’s. If you like my pictures and you want to use some of them, just sent me a mail for approval. I also do a some photoshoots for Publisher world wide.

Henk, briefly tell us how you ended up being a board game photographer and photo editor of the magazines Spel and Spel in Zicht?

Yes I work for Spel in Spel in Zicht as a photoeditor but also photo’s have been used in Counter magazine (BGG) and Jam Magzine in Hongary and Plato in France.

Can you show us some of your photos you like?

Your blog on bgg (https://boardgamegeek.com/blog/1161) contains fantastic photographs and your facebook aswell. I find you use a professional Canon camera sometimes but most of your images it is hard to tell (because online presentation in low res) – my question is; what is your field equipment?

I started with a small pocket camera of Olympus Fe 190 and later Publishers ask if I would make more professional shoots of their games and I bought a Canon 450D. In 2015 I started with a Canon 70D with different lenses like the EFS 55-250mm EFS 18-135mm.

Too often we see some bad quality in photos representing games, even on crowdfunding pages – but what do you think is important when portraying a game in photos?

Photo’s & presentation become more important especially with crowdfunding because the appeal does a lot for a lot of gamers. Some publisher do not always understand this or do not see the importance of it. The game needs to be good in playing but like 7 Wonders and Dixit the artwork put a lot of extra value on the game.

Do you always carefully set up game pieces before shooting ?

When i prepare a shoot a home I often will set it up carefully after reading the rules.

Do you like to photograph some games more than others?

I like to make a shoot where you can feel en see something like Terra Mystica and Settlers of Catan which have a lot of components, colors, shapes . I try to get close in to the theme or the game like to being a part of it. Components of houses, ships and nice miniatures help more to get into the game.

Many of your close-ups have depth blur – which to me creates a miniature universe. What are your thoughts on this “effect”?

I like to become a part of the atmosphere and theme of the game like your are in Venice in Marco Polo and you make your preparations for the journey to the east.

Is a slight angle (45*) showing art and meeples – a prefered view?

What are your thoughts on a good composition.

You have some golden rules for composition and that will help like rhythm, distance between pieces but when I work on instinct the best compositions will appear. Lighting, sunset, white surface as a table will help to get a fine result.

Any tips to people who want to be better when sharing images of their games ?

Are you sometimes hired to shoot pictures of games and in that case how do you attack such a task from start to the end?

Yes I have been ask more often. First start reading the rules, than playing the game with friend or my kids. I use sunlight or some studio lamps on a white surface to make pictures of the game.

Do you edit images before sharing them?

Yes I edit the photo with Photoshop before sharing theme

Which games do you find particular beautiful?

Settlers of Catan, Shogun of the Gamemasterserie and Terry Mystica and the Forbidden Island.

I play weekly a board game and one of favorite is Setters of Catan (Cities & Knights, Brass and Nations)

I often read and see on BGG and one of my own links below.

Photo Blog on the Geek

A great geeklist at BGG

Thank you for the interview Henk. It has been inspiring to hear your thoughts. If anyone want to see more images from Henk Rolleman we can share that he is on Instagram as namellor. You can also follow GreenHookGames on Instagram even if we mostly shoot with the phone 🙂

See you there then.

Next interview will be with a man that is maybe more Graphic designer than Illustrator. He is behind several great looking titles. Be sure to follow us on facebook or google+