In a recent thread on Board Game Exposure on facebook Martyn Poole asked who everyones favourite artist was.  Someone wrote “and I have fallen in love with art by the Mico. His style was particularly one I used not to care for much but really enjoy it and will defer to a Mico art game over another if it’s a toss up between the two”. With almost 200.000 pageviews on his DeviantArt gallery – there is no doubt many people and players like the style of the artist known as The Mico (which is pronaunced The MiCHo not The Miko ). What I find fantastic – is the span between the style for Raiders of the North Sea and A Kings Life.  Let’s talk with Macedonian artist Mihajlo Dimitrievskiallsaw. 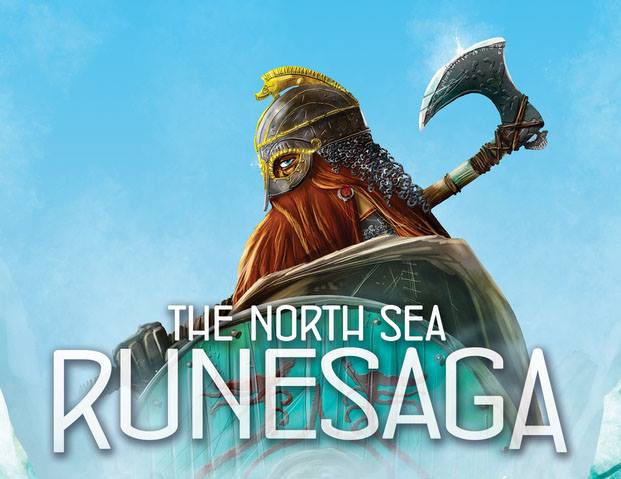 I have been drawing as long i can remember. When  I was little i used to draw on the margins of the books (like Sergio Aragones from MAD) and I guess that was my start. I actually started my “carrier” as an comic book artist drawing comics for magazines and school papers. From there I started to illustrate books and i started to work in major advertising company here in Macedonia as an illustrator and storyboard artist. Few years ago Shem wrote me about the game (Shipwrights of the North Sea) and I took the job.

I guess everybody liked it – and from then on most of of my work is connected with drawing boardgames (to my great pleasure). I still do comics, a lot of storyboards, illustrations and im an art director in only Macedonian 2d animation studio “Lynx animation” and we are currently working on first Macedonian featured animated movie :)… I “would” like to sleep some time 🙂 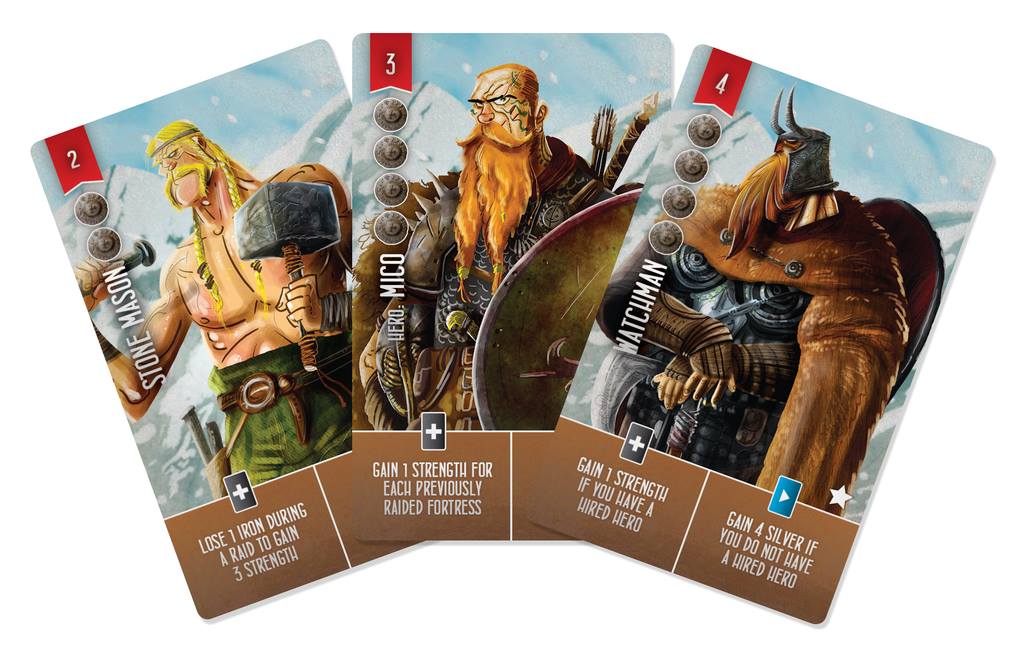 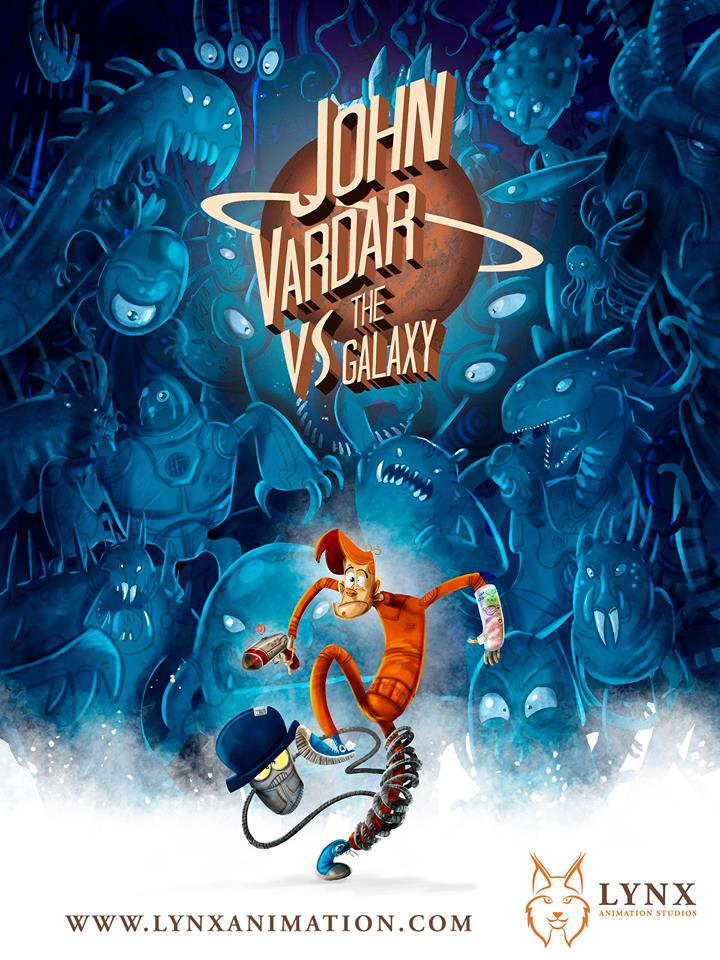 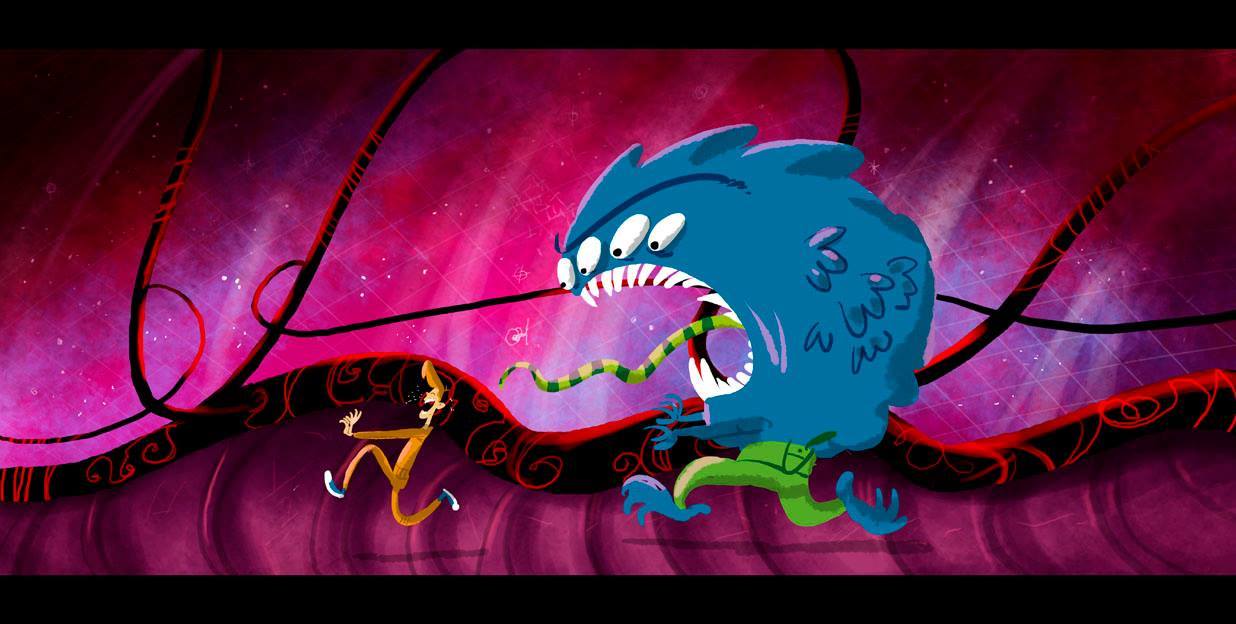 You worked on several games in the North Sea series what  is the latest game you illustrated?

-Well….latest that has been announced is till this moment “Claim 2” from White Goblin Games – so i guess thats the one 🙂 I do work on a lot of games in the moment but I usually don’t give any info until the publisher does so. There’s a lot of cool (i hope) games coming in 2018 :)….drawn by me 🙂

– Well….shortest it can be. I usually bug people to send me short list with really short description 🙂 most of the time it works. In this way I have freedom to input my creativity in whatever subject im asked to draw. Off-course sometimes it has to be specific but I can say that everybody (almost) like the way I work :)). If you bug me less i’ll bug you less. Off-course everything has to be tip – top so it can be great both for publishers and players.

send me short list with really short description 🙂 most of the time it works. In this way I have freedom to input my creativity in whatever subject im asked to draw 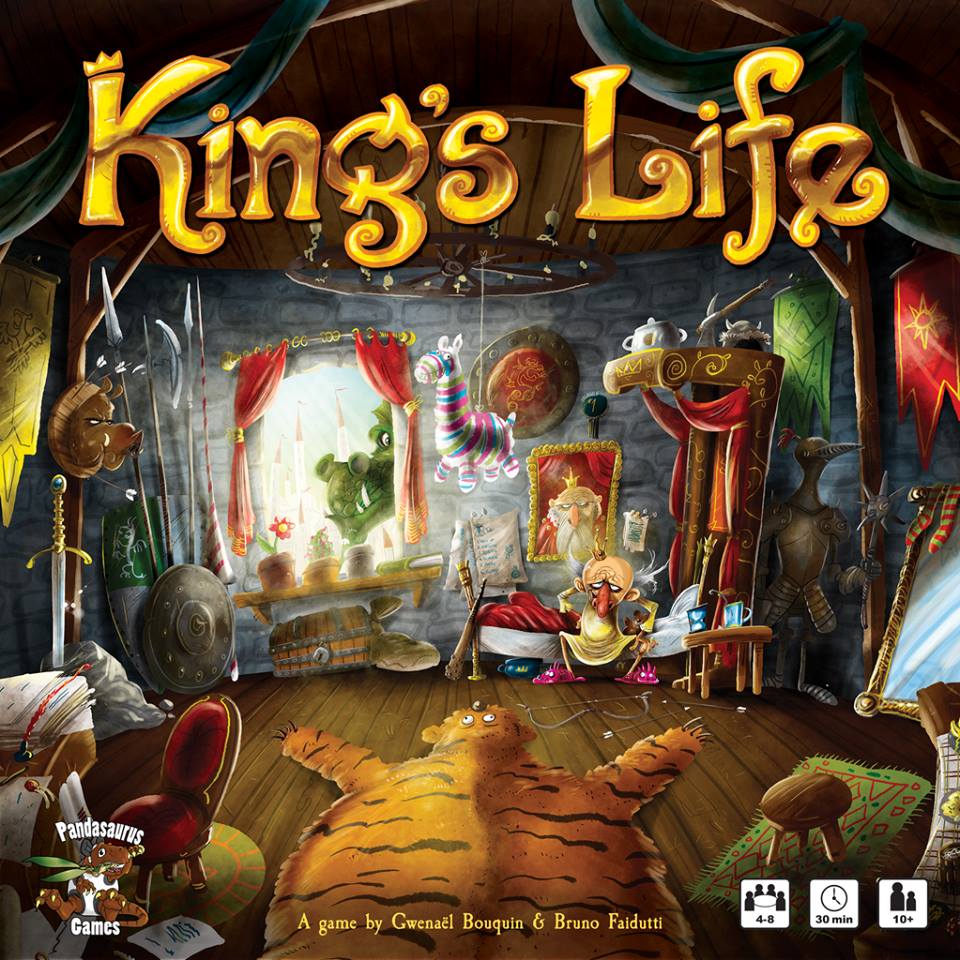 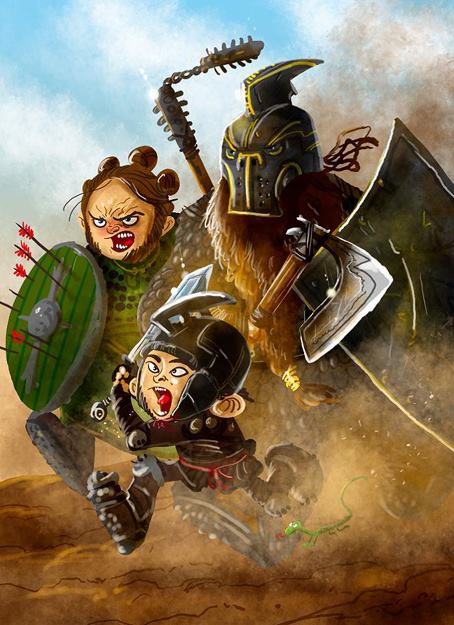 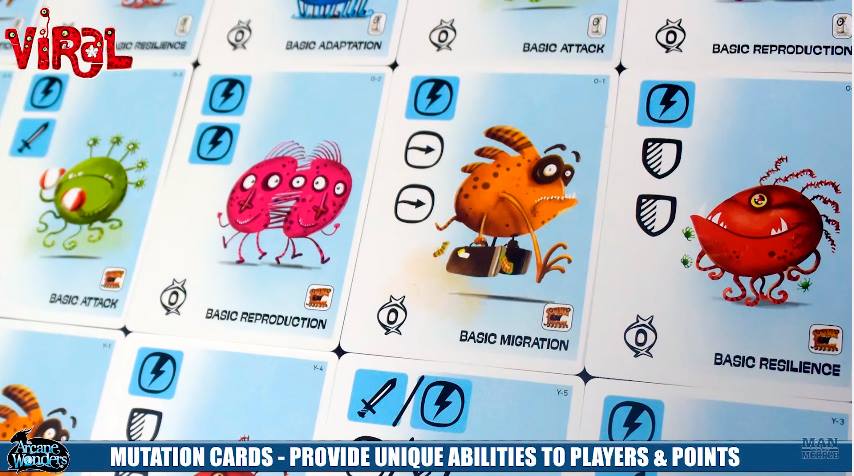 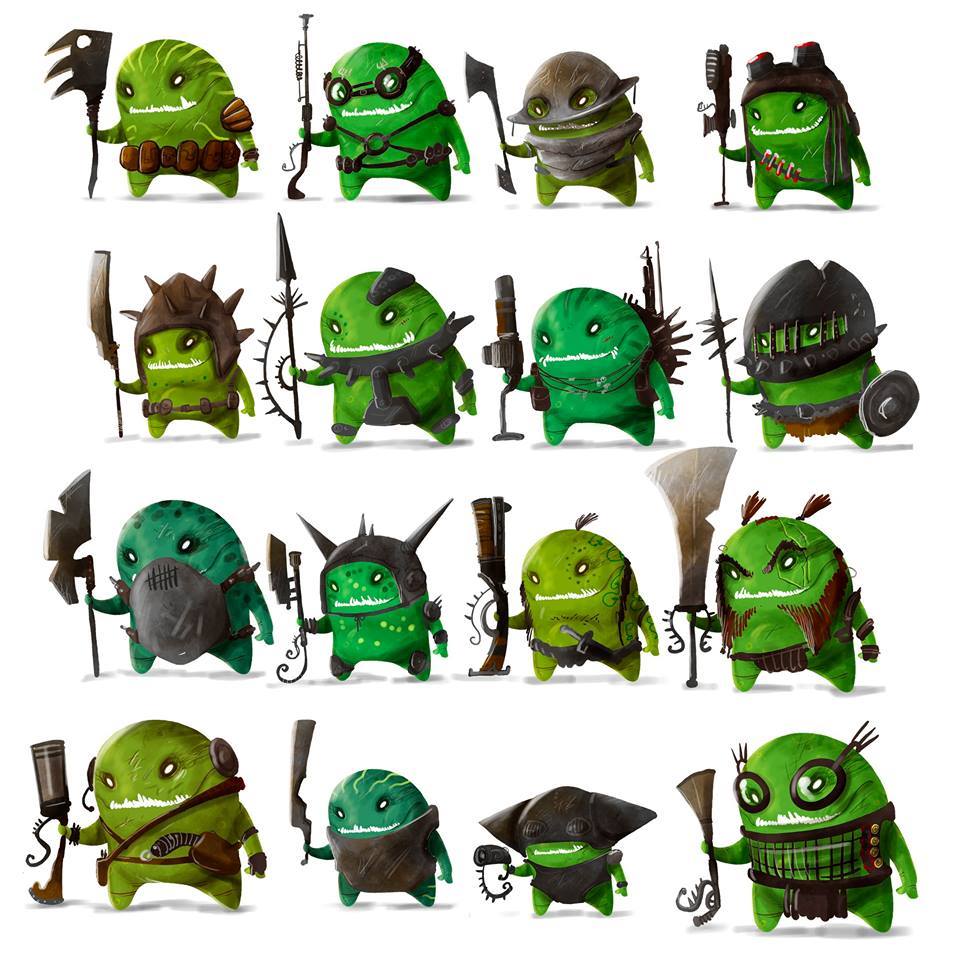 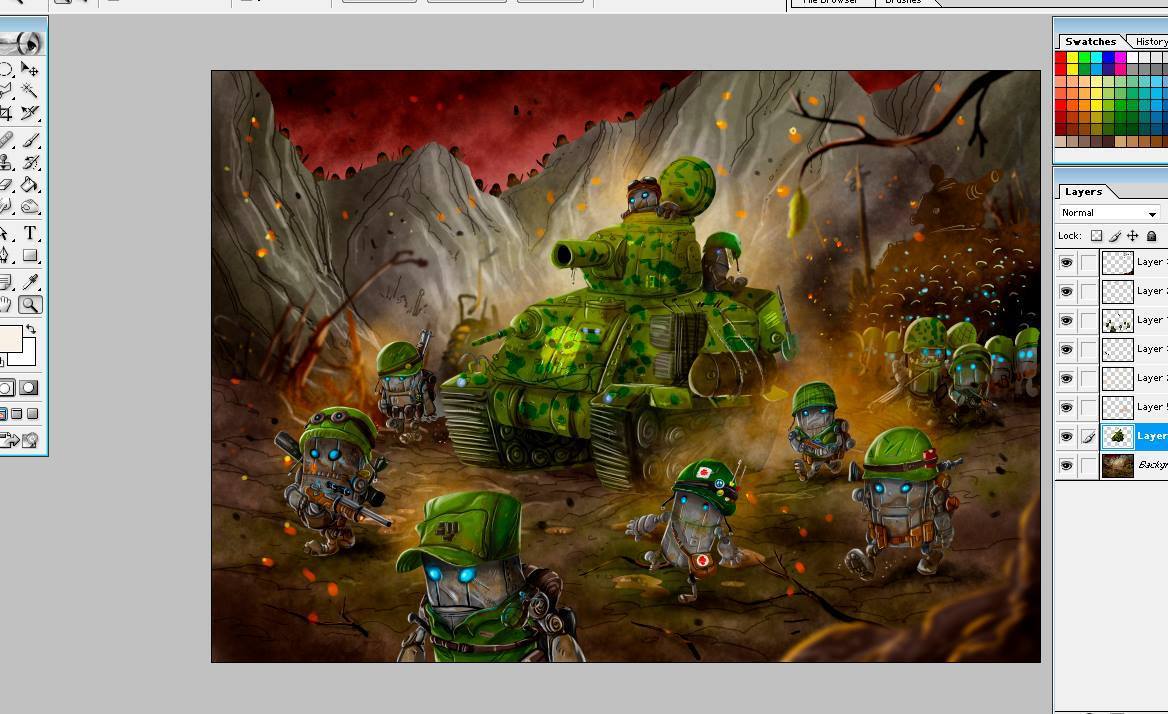 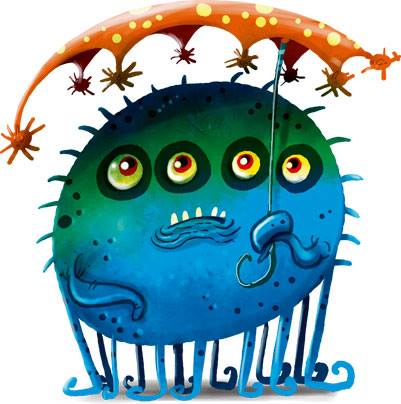 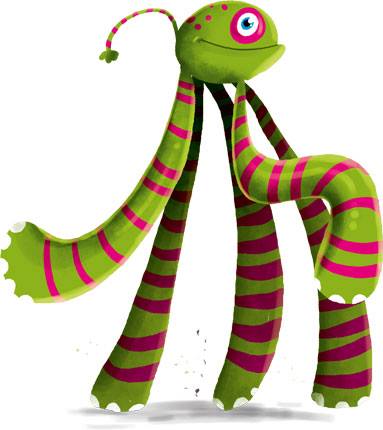 Can you tell us about the steps you go through making a piece of art from start to the final print?

I do tend to keep briefing on minimum level. Then i do sketches and when they are approved i go to final drawing. After some time – when I  and publisher or creator establish some form of bond, I tend to send fewer sketches and i go directly to final. In many times being on different sides of the globe makes me to draw final illustration – and if it is ok – awesome…if not- redraw. It is easier for me that way-so i dont lose whole day for waiting of reply. Just my thingy and it seems to work 🙂 (hope so) 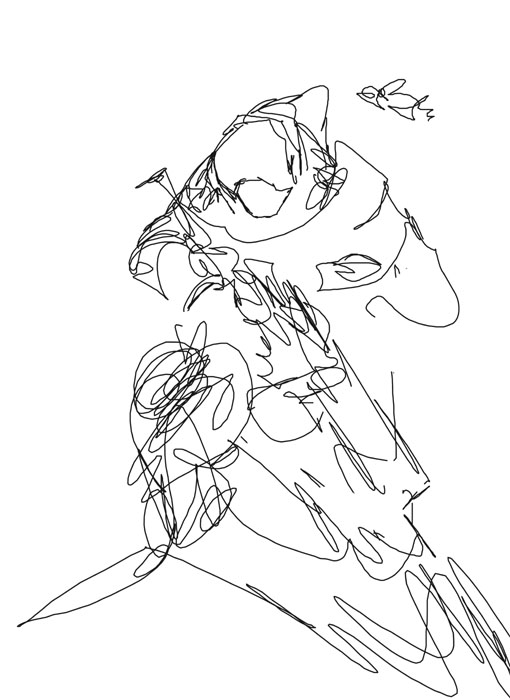 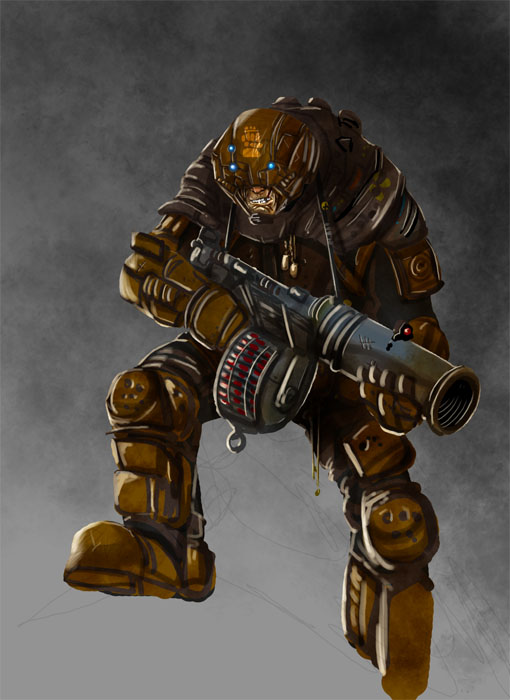 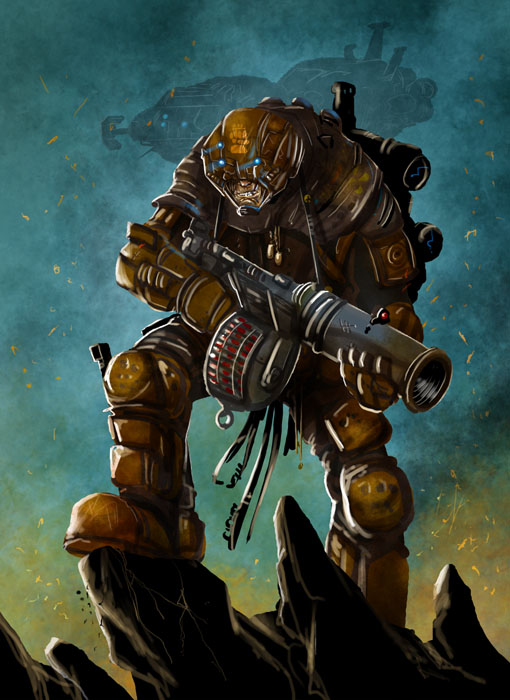 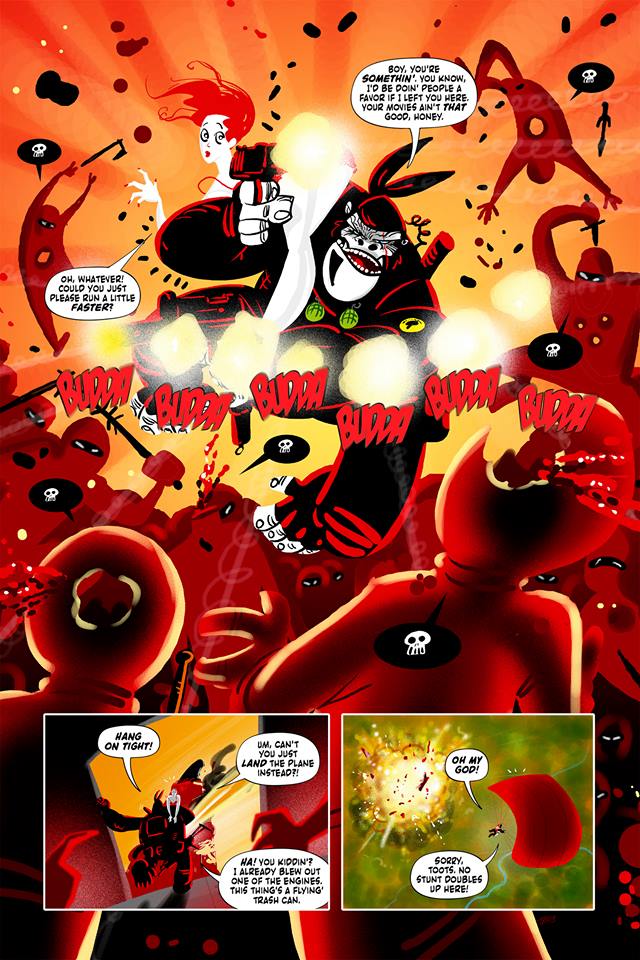 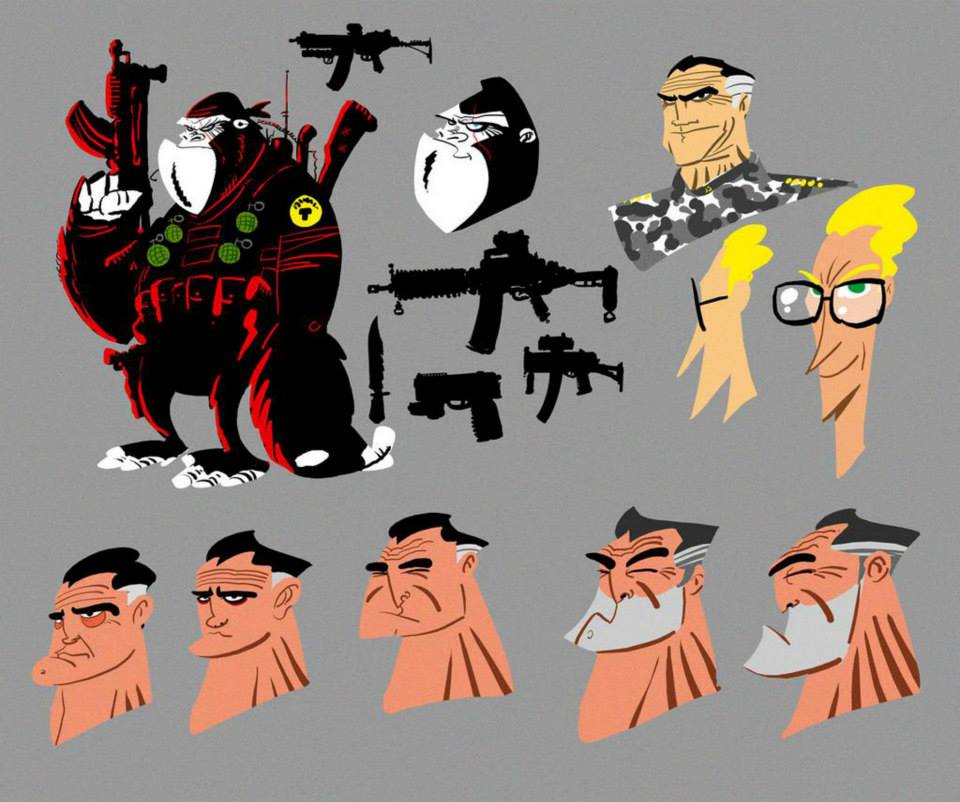 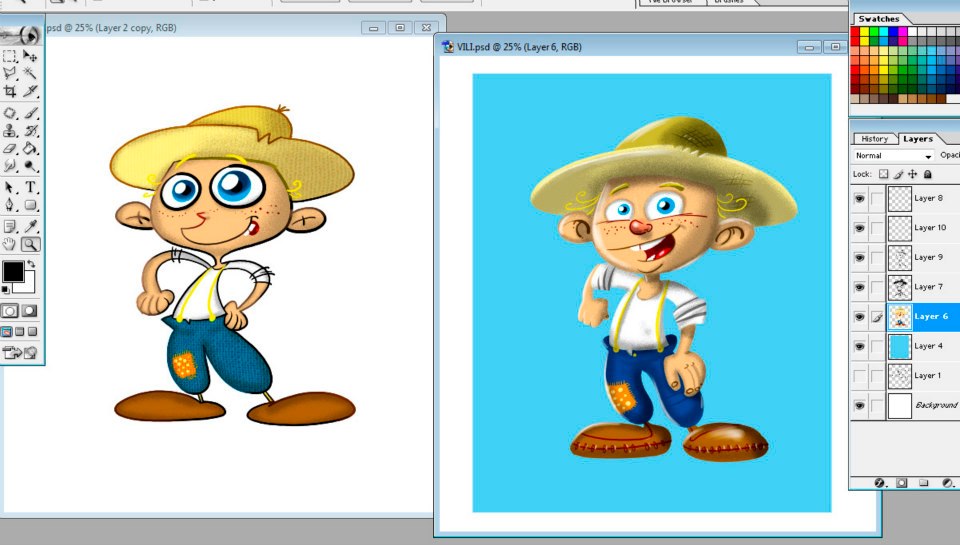 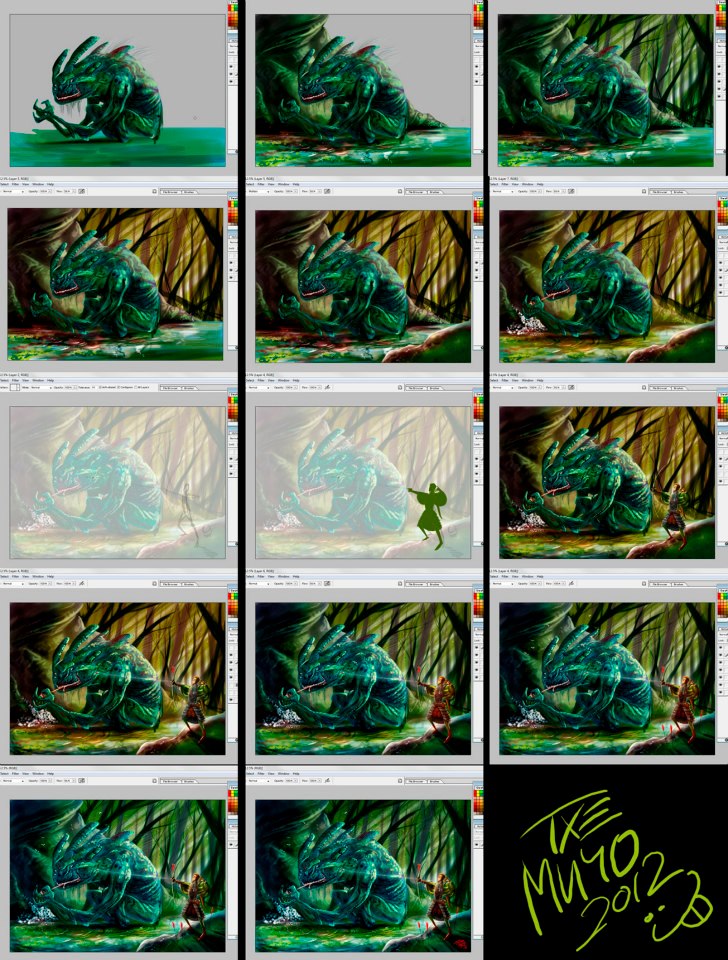 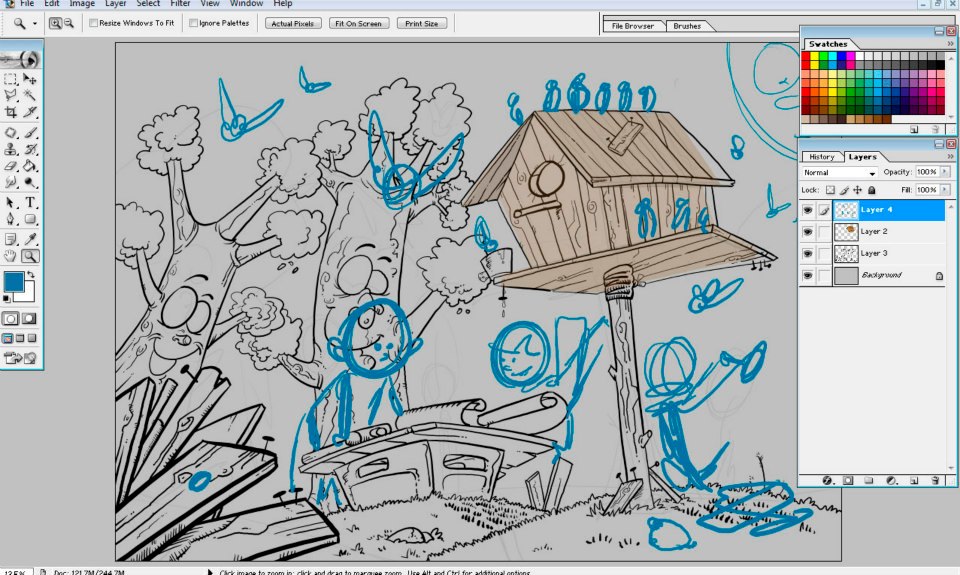 Do you only illustrate or do you also do graphic design like icons, titles and layouts?

– Yeah i do from time to time…actually it depends on the publisher- if they want something done- ill do it.

I have a studio in my house in the basement.It s big. Like 100m2. SO lot of space for future toys comics and stuff. I even have target for my bows in house 🙂 so i can practice archery between two illustrations (stupid I know – and I don’t shot animals, only bags full of old clothes :)). I work on a pc with I dont know what specs. 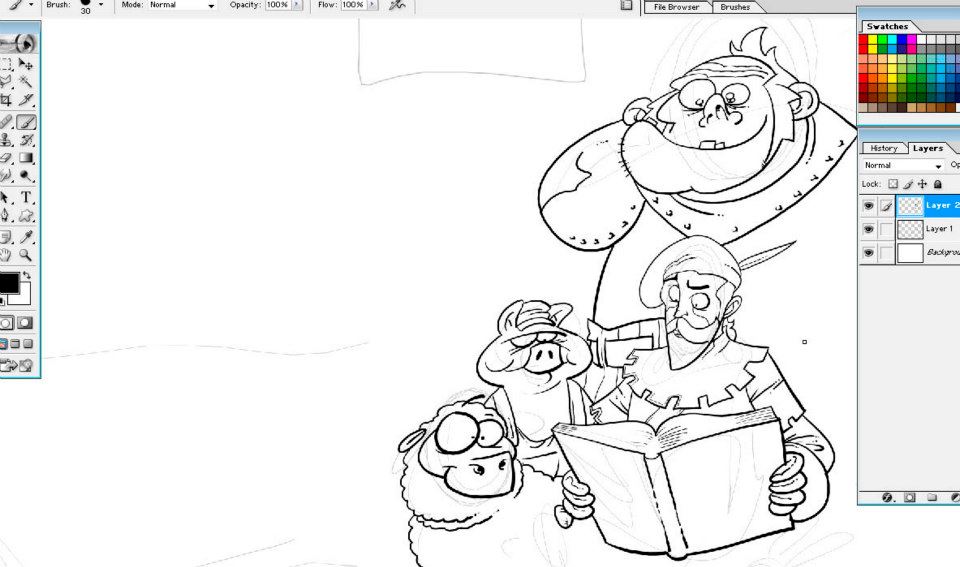 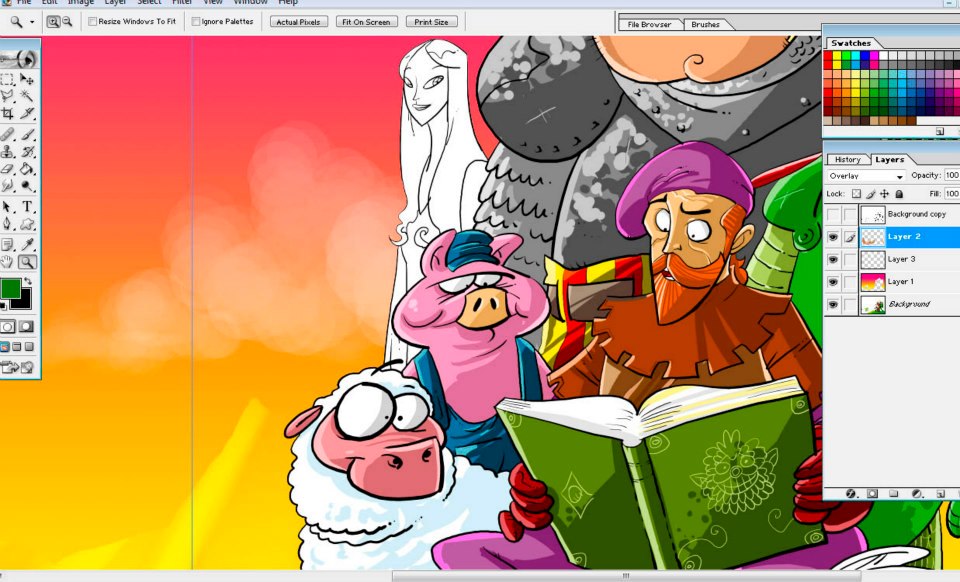 I do most of the drawing on my small cintiq wx12 in “old” photoshop 7 (old like from 2000 and some year). It suits me fine and I dont see reason to change it. I have backup cintiq companion just in case I have to work outdoors or something like that. At first i thought to use it when im at home – but thats stupid because drawing whole day in studio- and again with family…it just isn’t fair. So that would be my basic setup…only photoshop. No other drawing programs :). As simple as I can. 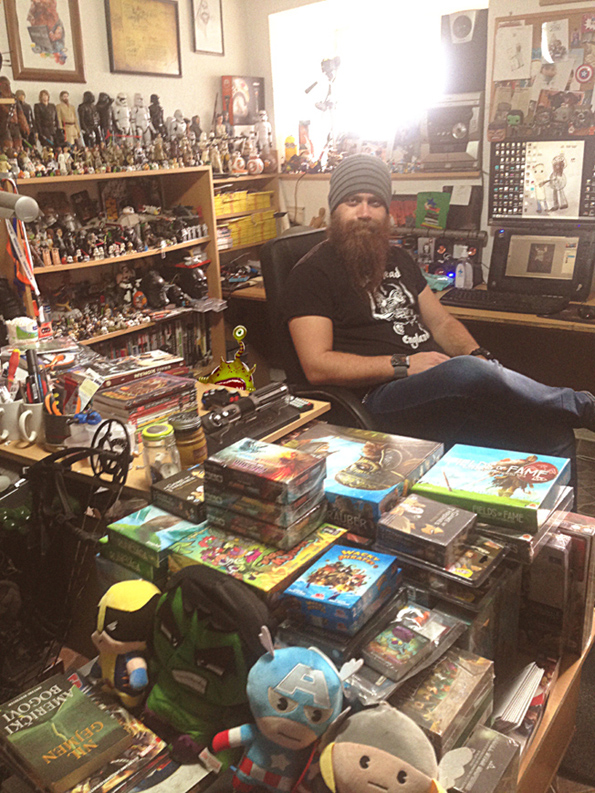 Anything you leaned that is important to remember when making art and graphic design for games?

You have to work fast. Yu have to work good. And you have to bee nice to everybody – because till this moment everybody has been nice to me -publishers, designers and players. SO i try to be even with everybody.

What has been your biggest challenge on a game to date?

Biggest challenge is deadlines. I usually accept almost every job – and then I’ll find out that everything has to be done at same time…but mostly I manage everything. If you mean on artistic field- I think every game is story for itself – and drawing is magic, getting something out of air and putting it on “paper”. SO no problem on that account 🙂 So yes deadlines – you can’t live without those 🙂 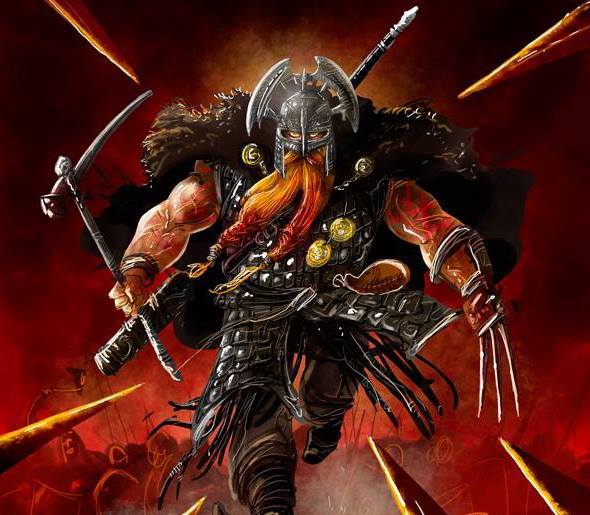 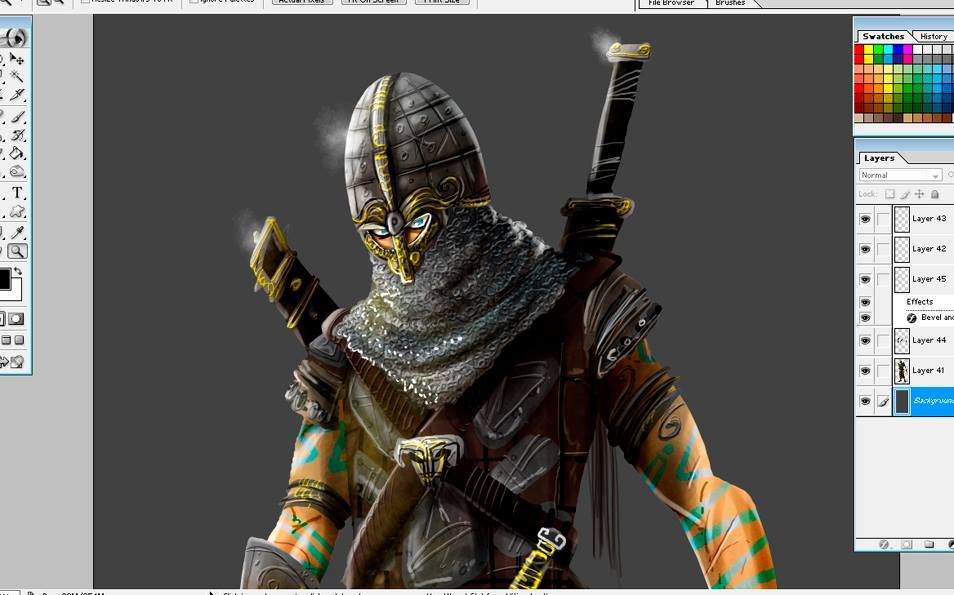 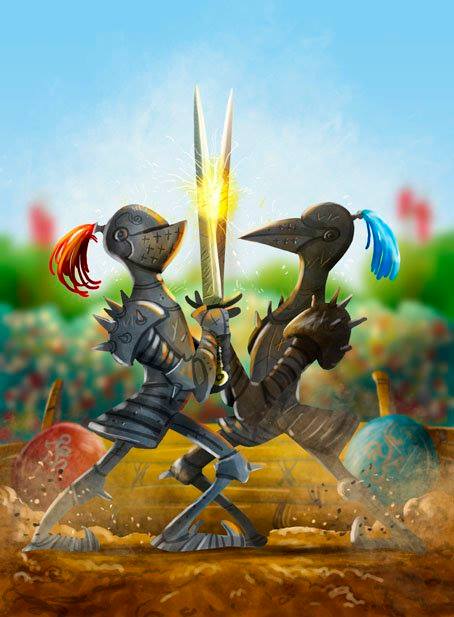 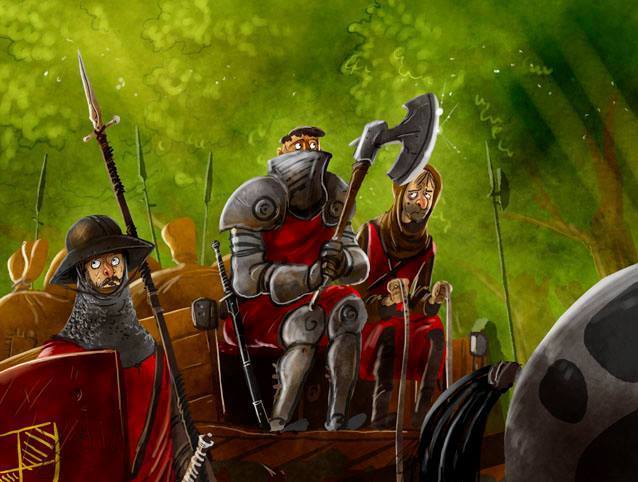 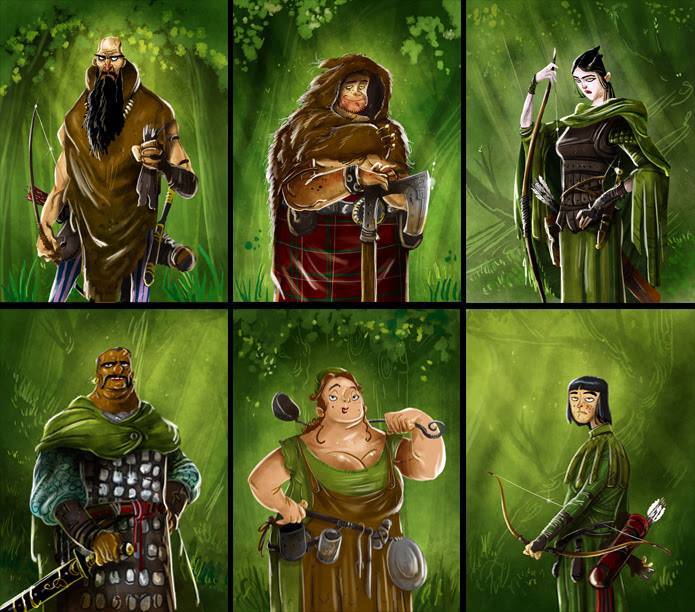 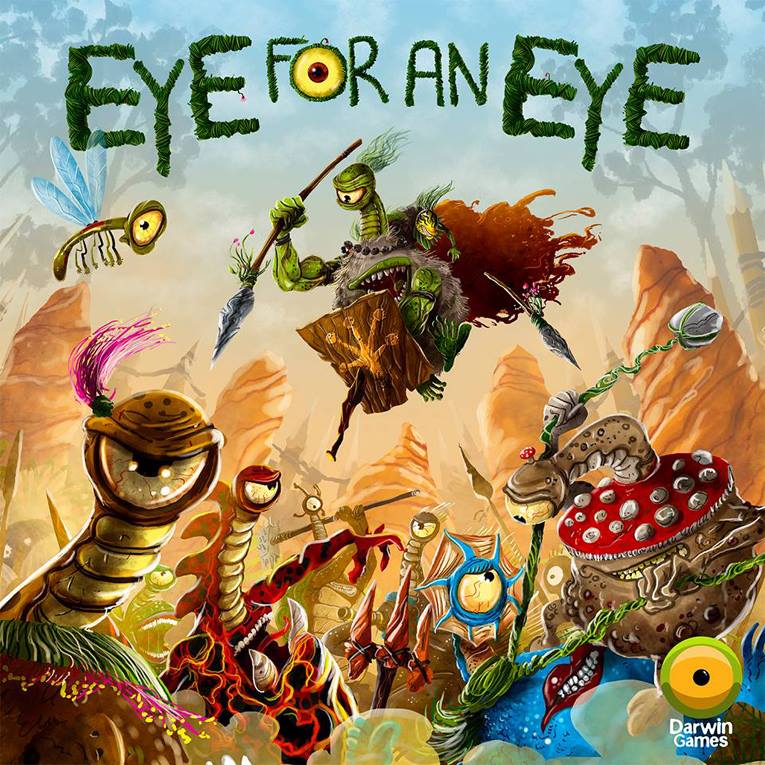 Living in the country with very small visual culture of this kind (we do have a lot of painters and stuff) hasn’t given a lot of opportunities for getting some sort of advices actually. I have learn a lot from the way the people behave. Both bad and good sides. And i think one has to go thought both of them so he can get some sort of experience. My advice to everybody is – be nice – and the other one is -deadline. You can always work on you techniques, backgrounds, character design, and whatever art stuffs-you can learn all of that- but if you are not nice person – I don’t think anyone would like to work with you.

Name up to 3 artists you yourself admire?

-Artists eh…as I mentioned, I come from comic and animation business so :Genndy Tartakovsky , Simon Bisley and Adrian Smith (which incidentally works on lot of boardgames now :)). I do admire a lot of artist in every field-not just a boardgames 🙂

Cool. I am a long term fan of Bisley too. Is there any resources you want to advocate?