Often when I work on a game my mind gets overheated of thinking mechanics over and over. And often when I need to work on one thing my mind drifts and solves a problem on another game/idea.

This happend yesterday when I was thinking about my Solitare entry that is now under the working title (Hantshire huntress or house hunter) I got to think about the 24h game submission I made on “kittens”.

In my first draft I had cubes representing energy. The cubes was then placed in diffrent ares depending if you moved down or up. I addition there was power cards you could play from the hand. Now thinking about it a couple of weeks later I get the idea. Why not only have cards.. and the cards represent the energy when you play the and at the same time they are special powers. Maybe its hard to visualize.. but I got all jazzed about it and went straight home to design on it. Maybe there will be a kitten game soon 😀 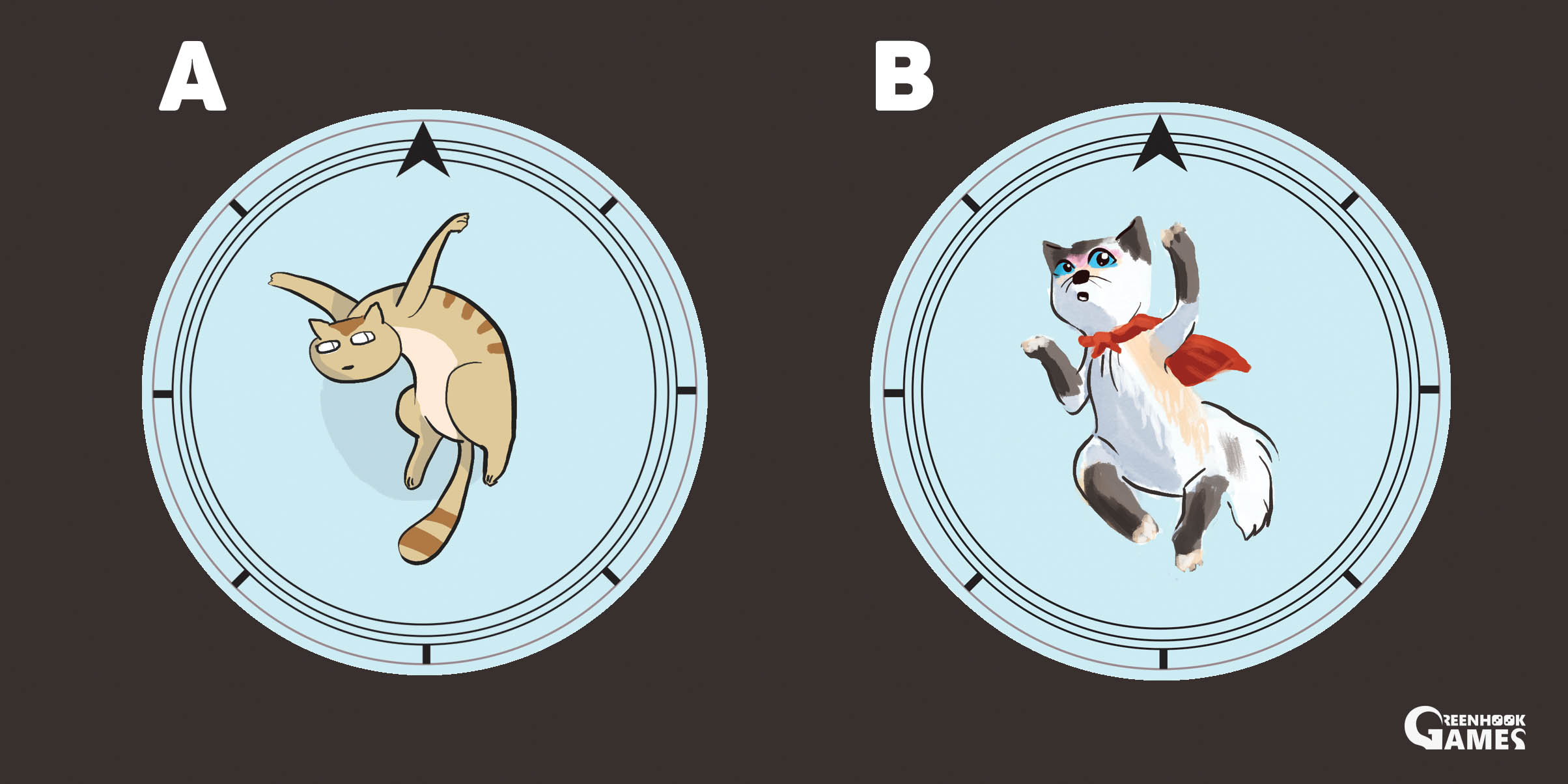 Playing around with ideas for health tracking. This should be seen as two cards overlaying each other. I like the idea – even if a number track like King of Tokyo would do the same job.