When Santorini was funded I asked Gavan Brown if he felt the success was due to the minis in the game. He did not think that but instead pointed towards the simple ruleset as the biggest draw. I think he might be right about that but following Kickstarter’s it seems like gamers just love miniatures.

Making a game with miniatures is not easy. There are soo many steps from your sketch to production. Sean Sutter, a concept & comic artist from California took the leap into making his dream project – a fantasy skirmish game full of miniatures called Relicblade. 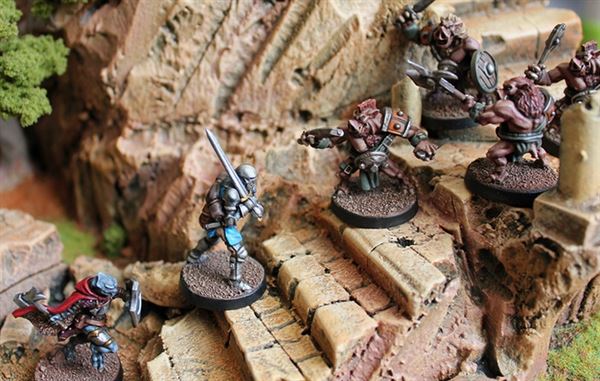 Sean is a fantastic sculptor and also shares his experience with making minis on his youtube channel Metal King Studios. I am thrilled to present you an interview with Sean.

Tell us a little about your artistic background and how you got into making your own board game?

My artistic background is in the traditional two-dimensional art. I studied drawing vigorously throughout school and graduated with a BFA with an emphasis in painting. I have worked as a graphic designer, fine art painter, and comic book illustrator.